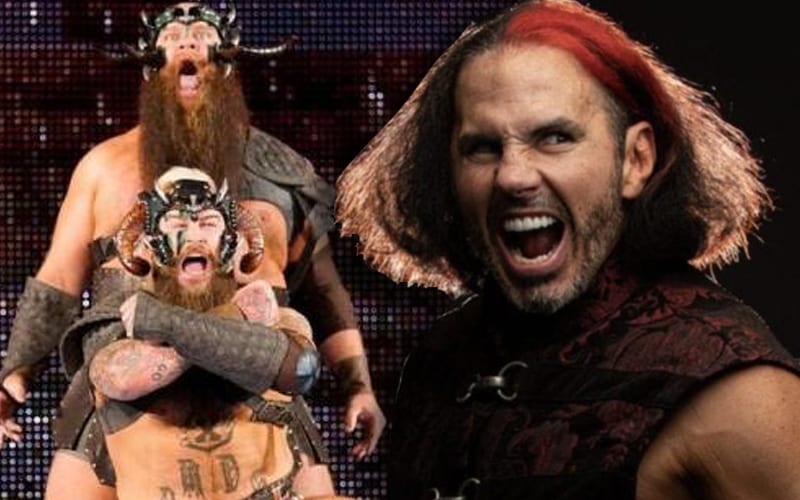 The Viking Raiders are currently in WWE engaged in a heated rivalry with the Street Profits. The two teams have battled in mini golf and basketball. Next week they are apparently going bowling. They are also wrestling too, but Erik of the Viking Raiders might like to take the raid elsewhere.

Matt Hardy posted an older clip of himself in the ring with Erik and Ivar back when they were War Machine. Jim Cornette was their manager that night and he talked up Rowe and Hanson like nobody’ s business. Broken Matt tweeted this clip out with a caption about how TREMENDOUS the Viking Raiders are.

This clip recently resurfaced.. A few years ago in Oklahoma, the #BROKEN Hardys had an experience with The Viking Raiders. They’re a TREMENDOUS team & it was a helluva match!

Erik replied to Matt Hardy’s tweet saying: “Until we meet again my friend.” It’s uncertain where they plan on meeting again, but there are two big options.

That tweet from Erik cause a number of fans to start thinking that the Viking Raiders are considering an exit.

Hardy stated that he anxiously awaits that meeting. The exact length of the Viking Raiders’ contracts is not public knowledge at this time. When that time comes they could have other options outside of WWE.