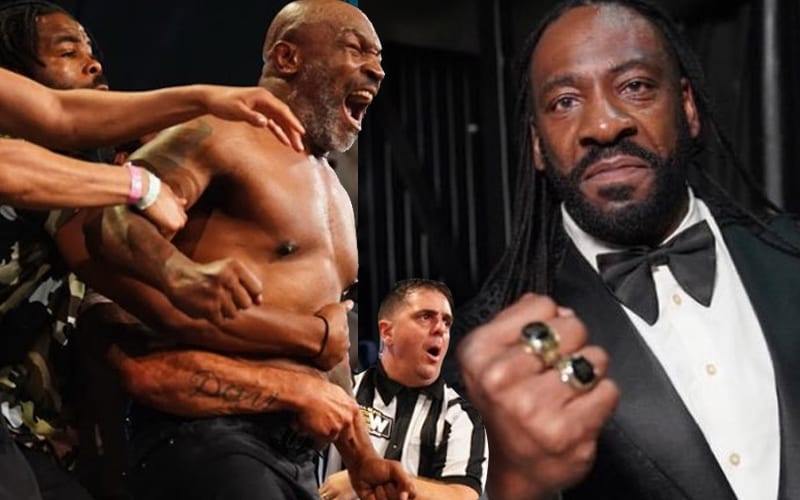 Mike Tyson showed up at Double Or Nothing and then at Dynamite the next Wednesday. This resulted in headlines for AEW that WWE certainly noticed.

On a recent Hall Of Fame podcast, Booker T spoke about Mike Tyson’s angle in AEW. He stated that there’s a war going on and WWE saw Mike Tyson and Henry Cejudo on Dynamite.

“Angles are always shot in wrestling. Come on, man. To bring Mike in, that’s star power. There’s a war going on. The other side is looking, ‘Man they got Mike Tyson. They got Rashad Evans. They got Cejudo.’ I mean, Cejudo he’s not that big of a guy or anything like that but he’s a tough guy.”

“Vitor Belfort. I think the last time we saw him he was getting in a street fight and got knocked out.”

Mike Tyson made a promise that he’ll be back on AEW television. He also said he’s taking out Chris Jericho. We’ll have to see if they can work something out because Mike Tyson doesn’t come cheap. Mike Tyson also loved AEW so that could help sweeten the deal.