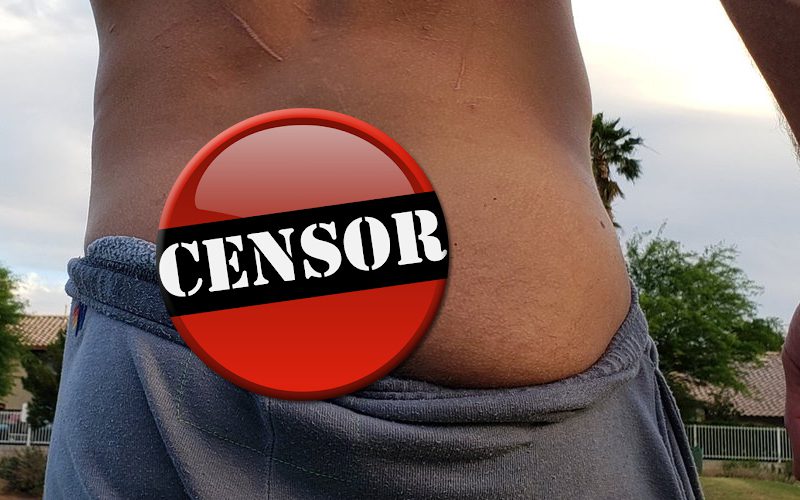 Jon Moxley and Brodie Lee went to war at AEW Double Or Nothing. Moxley retained the AEW Title, but he left the match with a nasty bruise that makes it really hard to stay seated.

Moxley showed off a photo of his bruised tailbone one week after Double Or Nothing. It looks like he’s still probably walking a bit more carefully than usual until that heals up.

If you’ve ever wondered what a bruised tailbone looks like…

The AEW World Champion puts himself through a lot to entertain the fans, even if there are technically none in the building. It’s also hard to ignore all the scars that decorate Moxley’s back as well from his many bloody battles.

Jon Moxley’s next scheduled AEW Title defense will be against Brian Cage at Fyter Fest. The date has yet to be announced for that event.