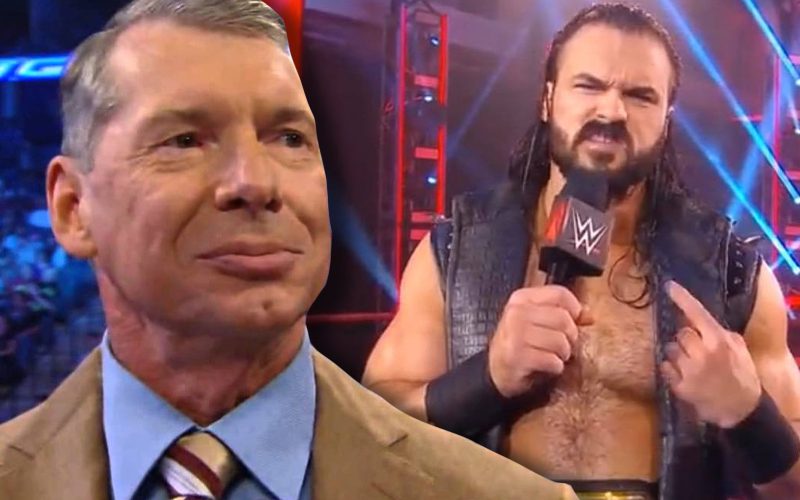 Drew McIntyre’s character has experienced a great personality shift in the past few months. This is partly thanks to WWE loosening the reins on The King Of Claymore Country.

While speaking with Sportskeeda, Drew McIntyre was asked if Vince McMahon is okay with him going off-script. In the end, everything that happens in WWE must be okayed by The Chairman.

I mean, inevitably, it comes down to Vince McMahon being cool with everything and, if it’s working, he’s going to be cool with it. I think, like, a Paul Heyman knows exactly who I am, what I’m capable of and what I was doing outside of the company, and was maybe looking for that opportunity to let me be myself, to allow Mr McMahon to see that.

Drew McIntyre also discussed how he doesn’t use what the writers hand him. He said it’s part of his charm because he can be a bit goofy. This allows him to have much more fun before laying someone out with a Claymore.

I guess that’s part of my charm is that I am a bit goofy and a bit silly at times but, when it comes down to it. I will kick your butt and I’ve got a relatable story so it is really cool to be the real me and, like you say, if you looked at the pieces of paper that say words on it before I go out there, I’d be shocked if you found four that actually come out on television.

Drew McIntyre received a fantastic push into WrestleMania that continues to this day. WWE’s television ratings also slumped big since McIntyre picked up the WWE Title. Hopefully, Vince McMahon will understand that lower viewership has nothing to do with his champion and everything to do with the current global situation.