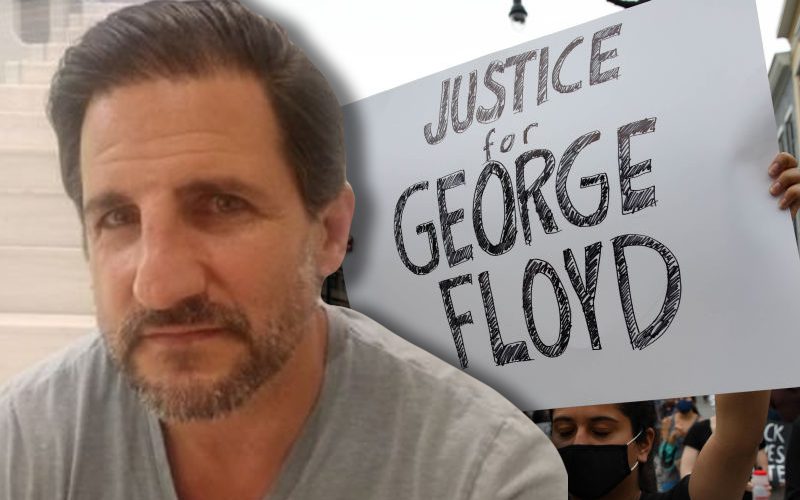 Protests gathered all over the United States as citizens rallied against racial injustice. Disco Inferno was driving past the Georgia Governor’s Mansion and there was quite a gathering. Then he made a very controversial assessment on the situation.

The former WCW star noticed that there were a lot of white people at the protest. He recorded a video of the crowd as he drove past them. Then he included a comment to openly wonder if this looks “like a crowd that would be outraged by a black man killed by a white cop in Minneapolis.”

This is my video driving by the governors mansion in Buckhead earlier. Does this look like a crowd that would be outraged by a black man killed by a white cop in Minneapolis?

Sean Waltman replied to Disco Inferno while explaining that he tries to avoid such comments. He couldn’t keep his opinion in regarding this situation.

A lot of them look like you & I. Are you saying you’re not outraged? You should be. I sure as f*ck am. I never come on here & jump in other people’s mentions, but I can’t help it with this one. Quit being an asshole Glenn.

Sean Waltman wasn’t alone in this reply. Disco Inferno received several reactions to his comment that were less than approving. A couple were on board as they spouted their own conspiracy theories.

One fan wanted to know what Disco Inferno was trying to prove with this tweet. The former WCW star replied saying: “I am trying to prove the obvious. This has long past being about Gregory Floyd. Very obvious to anyone being honest.”

Another fan pointed out that Disco Inferno is barely talking about George Floyd. Disco’s answer was a bit controversial as well, but that should probably be expected from him.

“Exactly what more can be said beyond beating a dead horse? Please answer in detail.”

You can find those initial responses below.