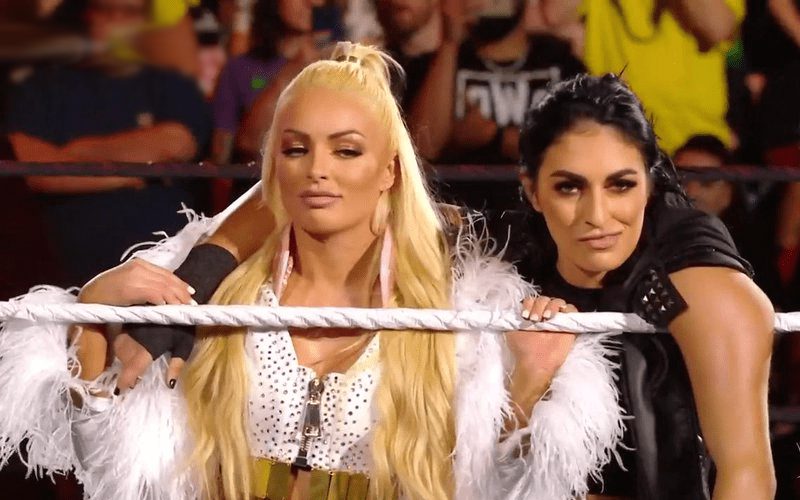 Mandy Rose and Sonya Deville split up their Fire & Desire team prior to WrestleMania 36. This angle was a long time coming as Sonya Deville is excited about stepping out of Rose’s shadow.

While speaking about her current angle on WWE Backstage, Sonya Deville stated that she’s always played “second-fiddle” to Rose, but it wasn’t her choice.

Sonya Deville continued to throw more shade at the Golden Goddess by saying that it’s impossible not to make herself the center of attention. Deville even sacrificed a Money In The Bank spot for Rose, but she didn’t take advantage of it.

“If you look back at the relationship, everything has always been about Mandy. She’s been selfish from day one. I’ve always been second-fiddle. It’s not by choice, it’s just what happens when you’re around Mandy Rose. She can’t be in a room and not be the center of attention. A specific moment? I would say when I carried her up the ladder in Money in the Bank and she still didn’t grab the belt. And wasn’t grateful that I gave her my opportunity in Money in the Bank. A very dumb decision, but you live and learn.”

“This is five years in the making. This isn’t Bayley-Sasha, ‘I hate my best friend because we fight over stupid stuff.’ No, I hate her because she actually ruined my life. In return, it’s called karma, I have to ruin her life. Fair is fair.”

Mandy Rose and Sonya Deville stopped doing their weekly doughnut reviews as well. That is how you know they’re taking this split seriously.

This angle was a long time in the making and they’re going to do everything they can to make sure that the spotlight stays on them even after their rivalry concludes. It will be very interesting to see where they each end up when everything is said and done.