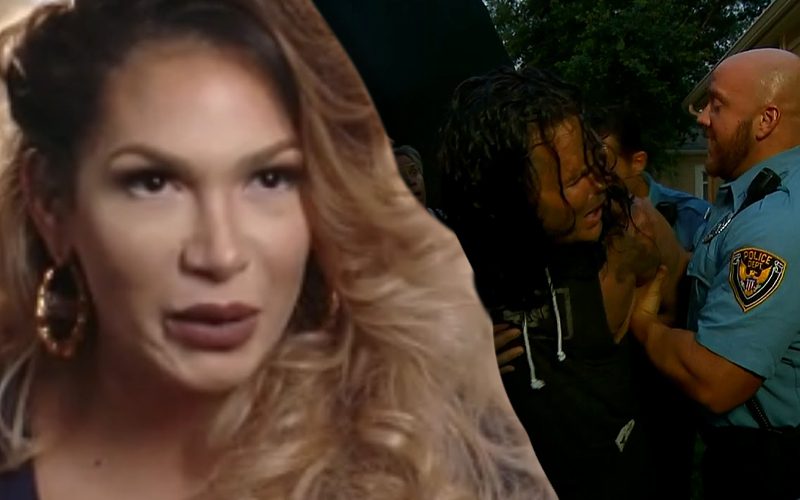 Reby Hardy was watching WWE Friday Night SmackDown this week. When she saw her brother-in-law carted off i a police cruiser after DUI she wanted to throw her television away.

Reby Hardy answered back to a fan saying that she should have a sense of humor about the matter. She had a very simple reply for this fan: “F*ck off with your nonsense.”

fuck off with your no sense of humor havinass. So sick of you internet instigators doin the most for the hot 2 likes on twitter SHIT WAIT BRB I WAS DISTRACTED & MATT STARTED RUNNING HOLD THAT THOUGHT GOTTA GET HIM BACK HERE

Reby Hardy obviously didn’t appreciate seeing this kind of segment on SmackDown. She also didn’t really like getting a bunch of Twitter hate when she was simply trying to vent her frustration.

Venting + trolls = even more frustration. This is a problem Reby Hardy didn’t need.