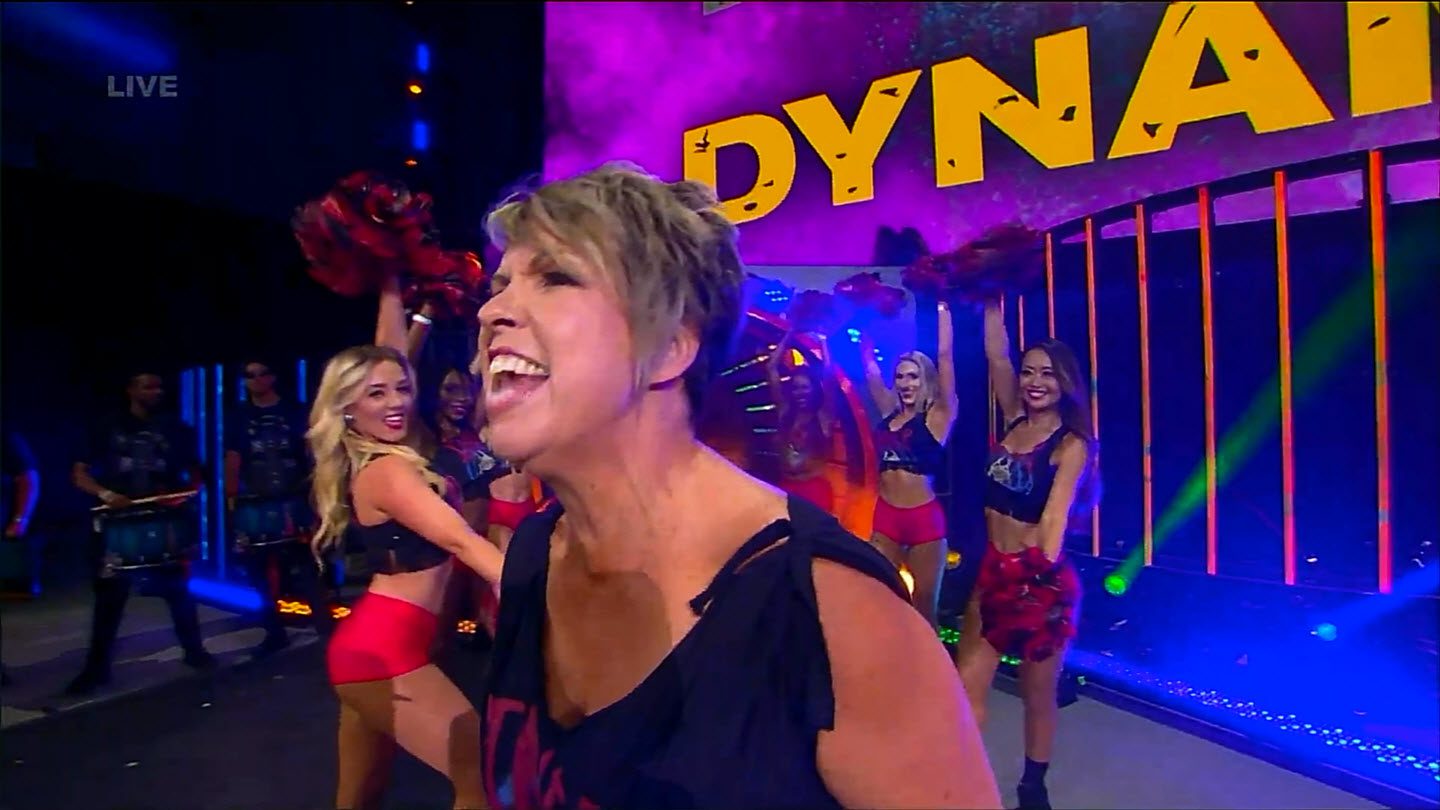 Vickie Guerrero made a somewhat surprising appearance on AEW Dynamite last night, popping up as a cheerleader for The Inner Circle.

Vickie has only really made sporadic appearances on WWE programming across the last few years, opening the door for All Elite Wrestling to do something with her instead.

It took long enough, but it finally seems like they’re open to the idea of working with her.

It may not be on a consistent basis, but either way, it was just nice to see her back in the world of professional wrestling again.

She’s an incredibly useful on-screen personality to have if AEW wants to go in that direction, with everyone remembering her work alongside the likes of Edge and Dolph Ziggler.

She’s a legitimately talented manager, and that gets overlooked far too often.