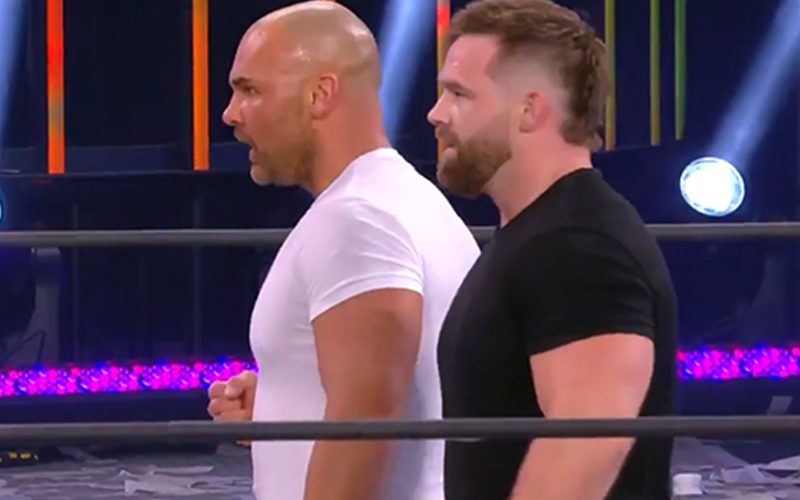 AEW saw two Top Guys debut last night as FTR arrived in Daily’s Place sporting black denim while riding in a black truck. It was a nice entry for a team supposedly called “F*ck The Rest.”

Cash Wheeler and Dax Harwood immediately mixed it up with the tag team division as they saved The Young Bucks from Butcher & The Blade. Then the long-awaited Young Bucks vs FTR match was teased. The big question is what happens next?

Bodyslam reports that FTR are at tonight’s television tapings which will air next week. They won’t be wrestling during the show, but they will be doing a pre-taped interview segment.

This is a bit of a letdown for fans who can’t wait to see how Dax and Cash will wrestle in AEW. The two could have done so much more in WWE if they weren’t shackled. Now things could be much different in AEW.

Fans might have to wait a bit longer to see Dax Harwood and Cash Wheeler actually wrestle, but it is just building anticipation until it finally happens.