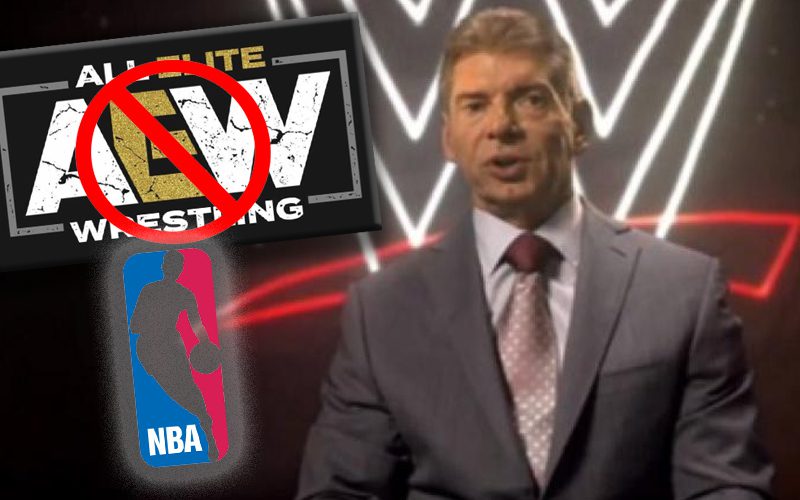 WWE is always looking for more crossover promotional opportunities. They also have a few Superstars on their roster who came over from other sports. Enes Kanter is interested in coming into WWE and already stated that he has an offer to come in, but that might not be the case if he gets too friendly with AEW.

Enes Kanter told the No-Sports Report show that he’s watched AEW a few times. Then “they” told him to not “mess with” AEW or he’d have no shot with WWE.

Kanter didn’t specify who “they” was, but he knows some people who might give him some insider suggestions.

Enes Kanter has spoken in the past about having dinner with Paul Heyman. He was also previously romantically linked to Dana Brooke. Their relationship isn’t a thing anymore as Brooke made that quite clear.

Kanter likely has a number of seasons left in him as a pro basketball player. It seems like he is still set on doing something with WWE, but he’s staying away from their competition over at Turner.