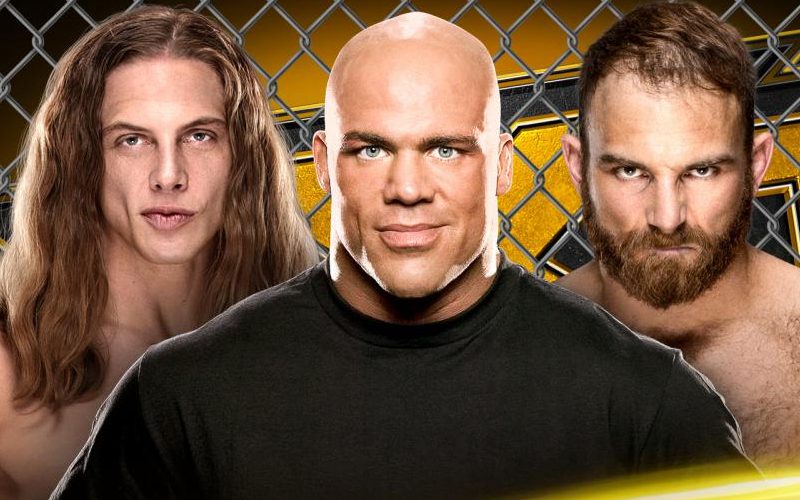 WWE NXT is bringing a loaded show to continue setting the stage for TakeOver: In Your House. Tonight’s episode could also include a big send-off for Matt Riddle.

Timothy Thatcher is set to face Matt Riddle in a cage match this week. Kurt Angle will be the special referee for their match. It could be Riddle’s swan song in NXT as he was expected to get a main roster call-up very soon.

Rhea Riley and Io Shirai will team up to take on Charlotte Flair and a partner of her choosing. Let’s see who the NXT Women’s Champion trusts enough to be her partner.

Jake Atlas, KUSHIDA, and Drake Maverick will face each other in a triple threat match. The winner of that match will win their block and face El Hijo del Fantasma in the finals of the WWE NXT Interim Cruiserweight Championship Tournament.

Also, Adam Cole could be looking at the end of his run in WWE. He is still NXT Champion and that could amount to some very interesting several weeks of television.