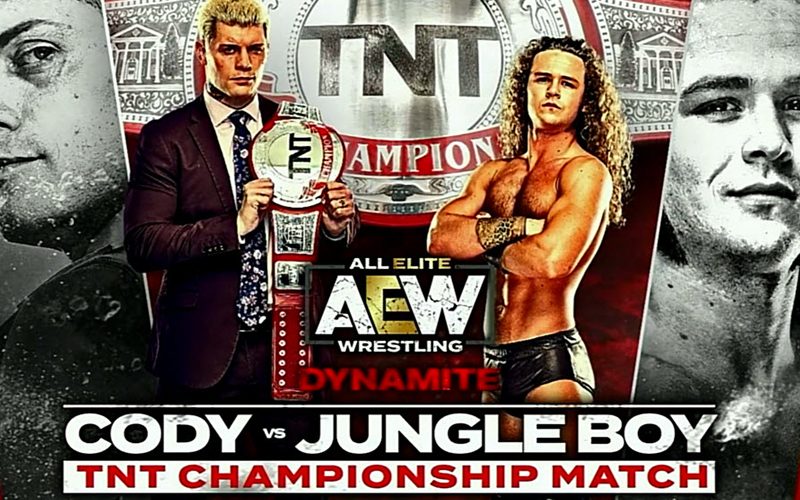 AEW crowned the first-ever AEW TNT Champion at Double Or Nothing. On the next Dynamite they decided who will face Cody next for that title.

A Dynamite Battle Royal was held where the winner was rewarded a future AEW TNT Title shot. In the end, it came down to MJF, Wardlow, and Jungle Boy. Then Orange Cassidy rolled in the ring because he hadn’t made it in the match yet.

MJF was eliminated by Jungle Boy. Then Jungle Boy and Orange Cassidy eliminated Wardlow. In the end, Jungle Boy put Freshly Squeezed over the top rope and won the match.

Chris Jericho will also be in action next week, but his opponent was not mentioned.