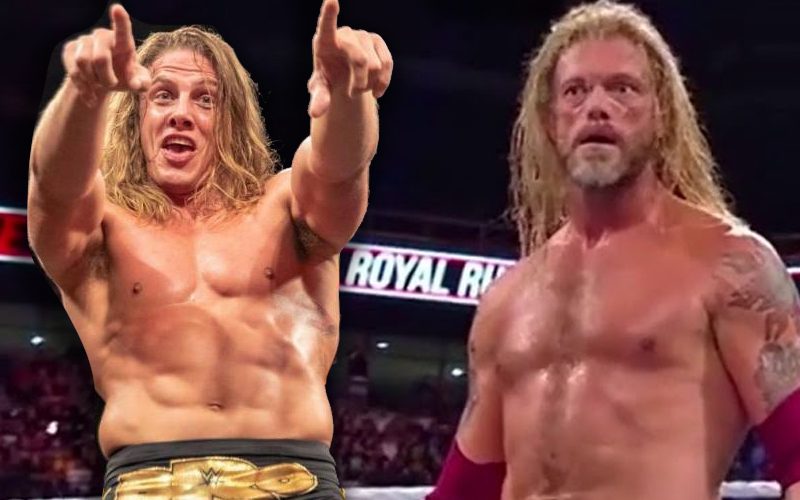 Edge returned during the 2020 Royal Rumble match and he met Matt Riddle briefly during his stay in the big battle royal. Matt Riddle remembers that night well as he was reluctant about even hitting Edge.

While appearing on WWE The Bump, The King Of Bros discussed the Royal Rumble match as he commentated to highlights as they played over him. He regards Edge as a Stallion and didn’t even want to strike him because he’s Edge.

“Edge is like I said a Stallion — good looking guy, he can work, he can move. To get in the ring — to be honest, I didn’t even wanna hit him — It’s Edge! You know? I’m just trying to take it in, but I didn’t want to take too long with my entrance because I know another guy’s gonna be coming out pretty soon [in the Royal Rumble match].”

“I wanted to get in there though so I kick the flip flops off and get to work. Of course, Baron Corbin comes in and I drop him with one kick. Boom, boom. McIntyre got the brunt of it, you know? That’s the World Champ right there and I’m just kicking him, kicking him — he can’t stop me.”

He commented on delievering a knee to Edge’s face durign the Royal Rumble saying “that’s the thing about me, you never turn your back on a Stallion.”

We’ll have to see if Matt Riddle and Edge is a future match. When the Rated R Superstar was running through his list of potential opponents following his Royal Rumble return Matt Riddle was name dropped. There could be a confrontation between two Stallions on the horizon.