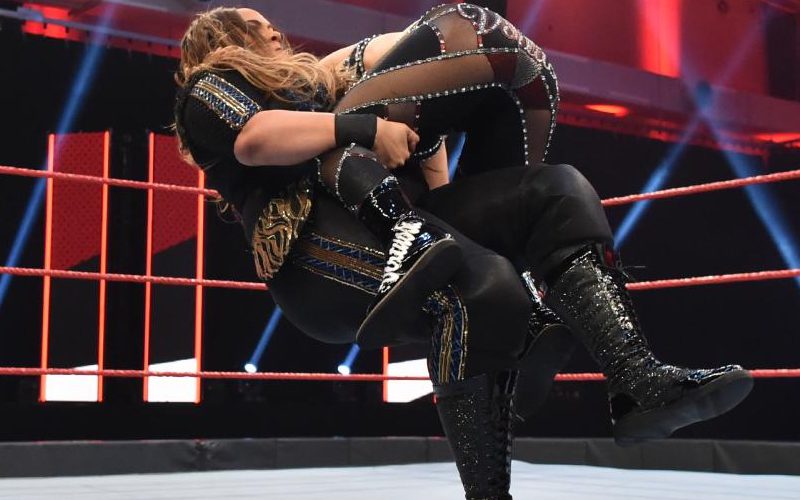 Nia Jax has developed quite a reputation within fans, but it’s not a very good one. She is often seen as dangerous and there are a few examples to back up this idea.

Kairi Sane was demolished by Nia Jax with a botched bucklebumb spot a few weeks ago. During last night’s television tapings she split open Sane’s head on the ring steps after throwing her into them.

Deonna Purrazzo was given the task to be an enhancement talent for Nia Jax. She admitted to Wrestling Inc that she was never hurt by the Irresistible Force. In fact, Nia Jax was described by Purrazzo as generous and friendly.

Deonna Purrazzo might have never been hurt by Nia Jax. Others haven’t been as lucky, just ask Kairi Sane.

Nia Jax is set to take on Asuka at WWE Backlash. Considering the damage that Jax recently did to Kairi Sane’s head in a match that has yet to air, there will likely be a lot of heat between the two by the time June 14th rolls around.