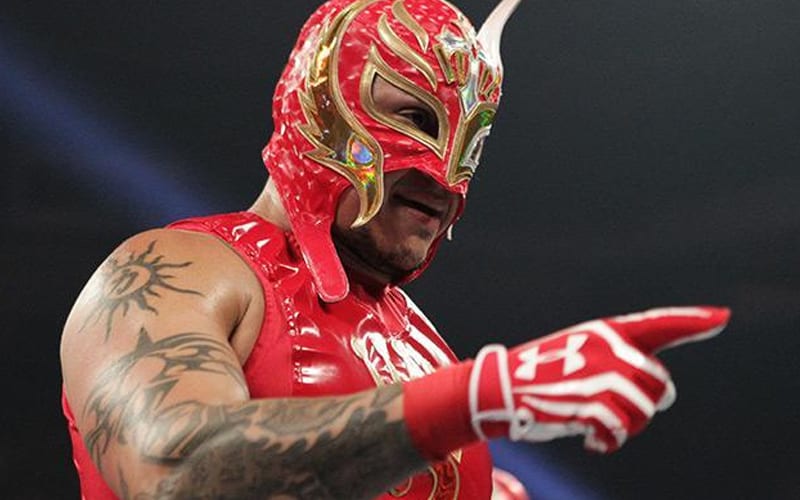 WWE will bid farewell to Rey Mysterio next week on Raw, at least that’s what they are advertising.

WWE revealed that Seth Rollins will be on hand for Rey Mysterio’s retirement. In fact, The Monday Night Messiah will host Mr. 6-1-9’s supposed goodbye to pro wrestling.

This is very likely an angle. It makes all the sense in the world that Seth Rollins vs Rey Mysterio is still building. Mysterio’s retirement is just another part of that story. We will have complete coverage on Ringside News if we hear anything about this on-going story.

Mysterio’s WWE contract is up in a few months. He had a 10-month out-clause on his WWE contract. WWE didn’t want to get him involved in anything long-term if he hasn’t re-signed.