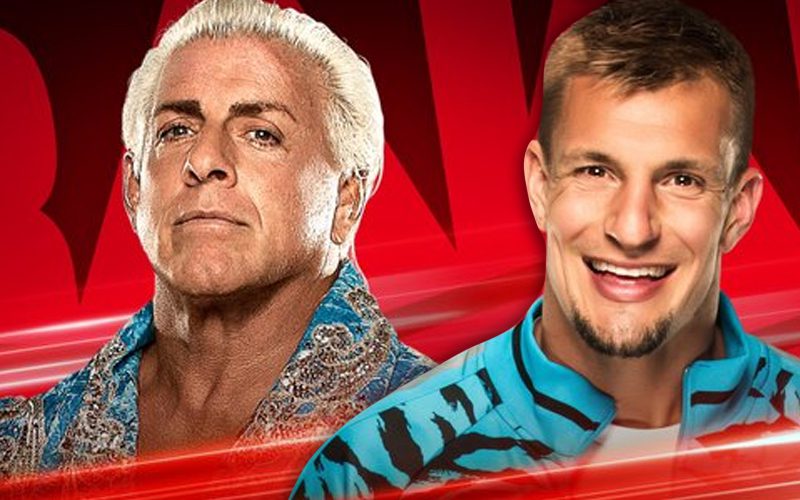 WWE is bringing a show to the WWE Performance Center this week. It will have a bit of a different feel to it as live voices will be in the crowd once again. They also have two big named.

RAW was filmed today at the WWE PC and it looks like Ric Flair and Rob Gronkowski were a part of the tapings. WWE revealed that both the Nature Boy and the WWE 24/7 Champion will be on tonight’s show.

BREAKING: @RicFlairNatrBoy will be on #WWERaw TONIGHT to give his thoughts on @EdgeRatedR vs. @RandyOrton in the Greatest Wrestling Match Ever at #WWEBacklash … PLUS we’ll have an exclusive interview with #247Champion @RobGronkowski!

It didn’t really confirm that either of them will physically be in the building. They will be on the show tonight. So we’ll have to see what happens.

This could be a perfect opportunity for R-Truth to get his WWE 24/7 Title back as well.