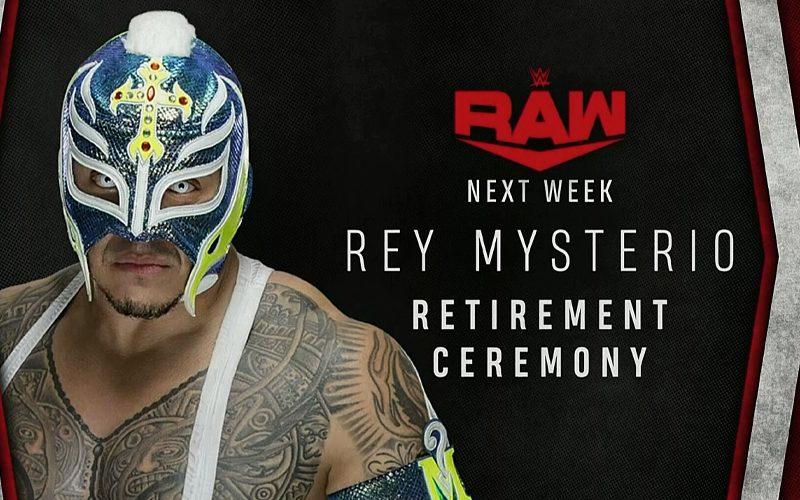 Rey Mysterio was taken out by Seth Rollins on WWE Raw as his eyeball met a corner of the steel ring steps. He was reportedly in critical condition. He is apparently going to hang up his mask next week.

During WWE Raw this week they announced that Seth Rollins will face Aleister Black in a singles match next week. Then they revealed a segment that could be historic. Rey Mysterio will announce his retirement.

Mysterio’s WWE contract is in question. He hasn’t signed new deal that we’ve heard. WWE is reportedly arranging an angle to take him out of action due to questions regarding his future in the company.

WWE is likely going to promote Rey Mysterio’s retirement announcement as much as possible in the next week. Only time will tell if it’s legitimate.