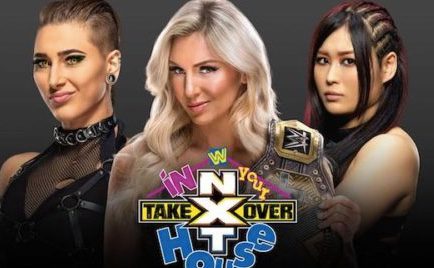 As seen on Sky Bet, the betting odds for Charlotte Flair vs Io Shirai vs Rhea Ripley at NXT TakeOver: In Your House have been released.

Flair has been the dominant force on NXT ever since she captured the Women’s Championship at WrestleMania 36, with many wondering just how long her tenure as champion is going to last.

If her reign is going to end at TakeOver, it would make all the sense in the world given the triple threat stipulation that’s in play.

In terms of the odds, Flair is still the clear favorite to win the match and retain the title at 6/5. Up next is Ripley with odds of 13/8, whereas Io Shirai is the biggest underdog at 3/1.

All three women would make for spectacular champions at this level, but you have to question whether or not WWE is all too interested in taking the strap off of Charlotte right now.