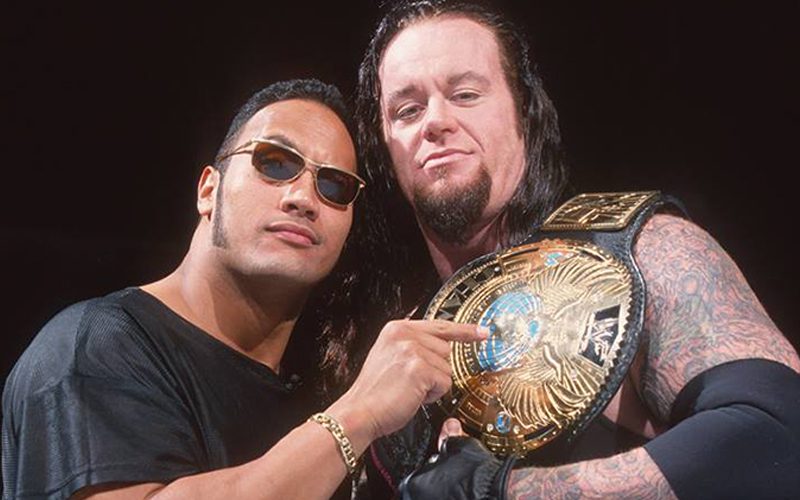 The Undertaker stayed in character for nearly 30 years before finally coming out of his shell. He protected kayfabe in a huge way for decades and never cracked a smile in the ring. The Rock really wanted to get Taker to break his character, but he’s not the only one.

While speaking with TMZ, Triple H revealed that the quest to get a smile from the Deadman was the inspiration behind the People’s Elbow. The Rock first pulled off the move as an over-theatrical move to pop boys in the back. He also drew a grin out of the Undertaker.

“I believe the first time Rock did The People’s Elbow was in a match where we were tryna make ‘Taker crack.”

“It absolutely started [as a joke] and then it was getting huge reaction and everybody went with it.”

The Rock entertained millions and millions of fans all over the world with the People’s Elbow. It’s interesting to know that the move was first conceived for an audience of one.