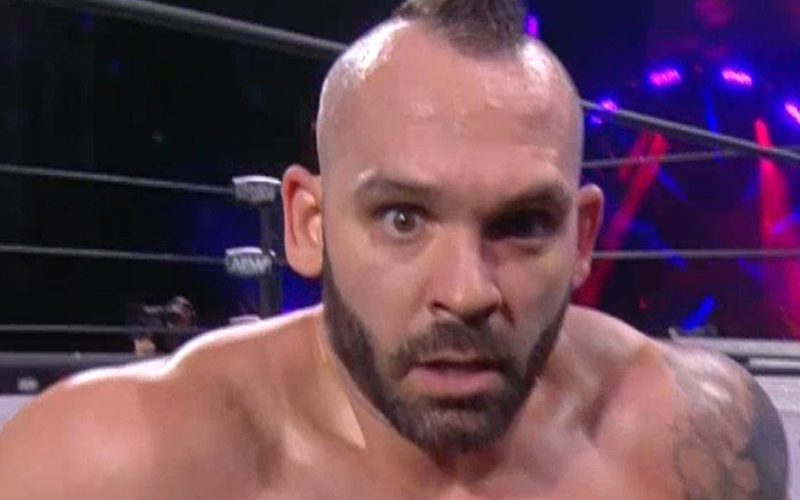 AEW Double Or Nothing was a night of exciting pro wrestling action. One match had action of a different kind.

Dustin Rhodes took on Shawn Spears at Double Or Nothing. Spears didn’t think Rhodes would show up, so he wore street clothes to the ring

During the match, Spears gave Brandi Rhodes the middle finger and this upset Dustin. The former Goldust started to pull on Spears’ pants which were breakaway. They didn’t account for his underwear going with the pants.

Spears’ underwear started to come down, and then he crawled away. Dustin grabbed the elastic of his underwear and pulled his boxer briefs down more exposing the former Tye Dillinger’s backside.

Spears took a bump out of the ring, but he didn’t get a chance to adjust himself before Dustin Rhodes continued his assault. It was an awkward moment for Shawn Spears.

Then the camera panned down and showed that Spears had a picture of Tully Blanchard on his crotch.

Dustin Rhodes won the match and celebrated. Then Shawn Spears put some more clothes on. 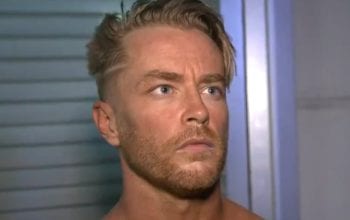