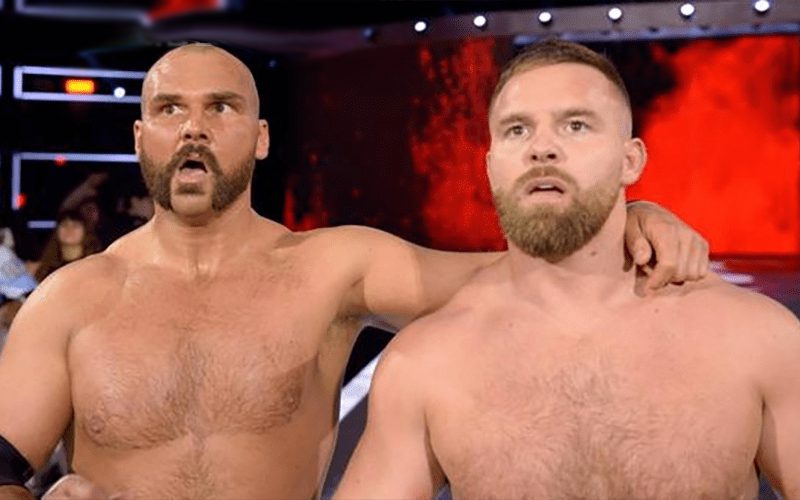 The Revival left WWE, but on their way out Vince McMahon had one more idea for them. He wanted to turn the Top Guys into clowns. The idea didn’t fly with Dax Harwood and Cash Wheeler. Now they are FTR and on their own.

The team received a cease and desist letter over The Revolt name which wasn’t a name they planned on using in the first place. That wasn’t the only cease and desist they received. The second letter had a bit more weight to it because it came from WWE.

Images of the rejected WWE comedy characters designs leaked online and started quite a stir. Dax and Cash wanted to make the most of the buzz.

FTR dropped t-shirts with that rejected WWE design on them. They were selling them for a while at PW Tees. Now those shirts are gone due to a cease and desist from WWE as Bodyslam reports.

The letter claimed that WWE owned the rights to the image, even though some edits had been made featuring #FTR on Wheeler’s Flava-Flav Style clock necklace, instead of The Revival.

WWE obviously didn’t want FTR making any money off a design that they created for them to use on television. Vince McMahon handed them the designs during their last meeting, but that apparently wasn’t a transfer of ownership.

Vince McMahon’s company hasn’t responded with a comment just yet. The Top Guys received the cease and desist letter about two weeks ago. It’s unclear how many shirts were actually sold.