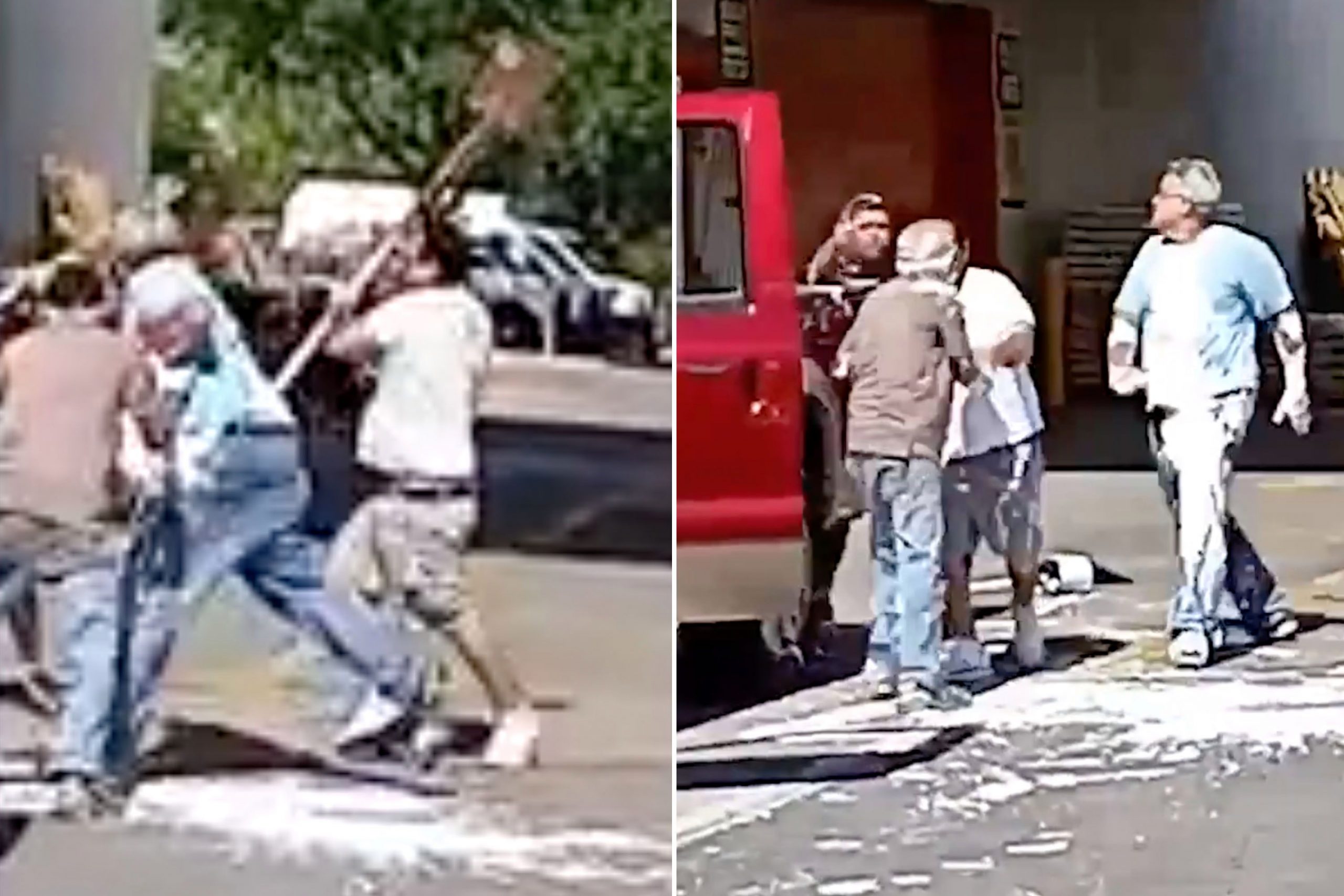 On Wednesday morning, a very bizarre brawl broke out between four men at a Home Depot parking lot in Tampa.

Footage of the colorful brawl showed the four men throwing paint cans at each other and using garden tools as weapons. They did not pay heed to social distancing norms as they were all up in each other’s faces.

At the beginning of the video, a large man in a blue T-shirt could be seen hitting another man over the head with a paint can, covering him with white paint. Another man wearing a white T-shirt had a garden hoe in hand and chased the fourth man behind the car, while the larger man slaps the paint-covered victim.

He chases the smaller man and then the smaller man chucked the paint can at him in defence. The brawl ended abruptly with both men making their way towards the car separately, before the large man slapped the other man and walked away.

It was said that the men were in fact, coworkers and they declined to press charges, as confirmed by the spokesperson with the Hillsborough County Sheriff’s Office.