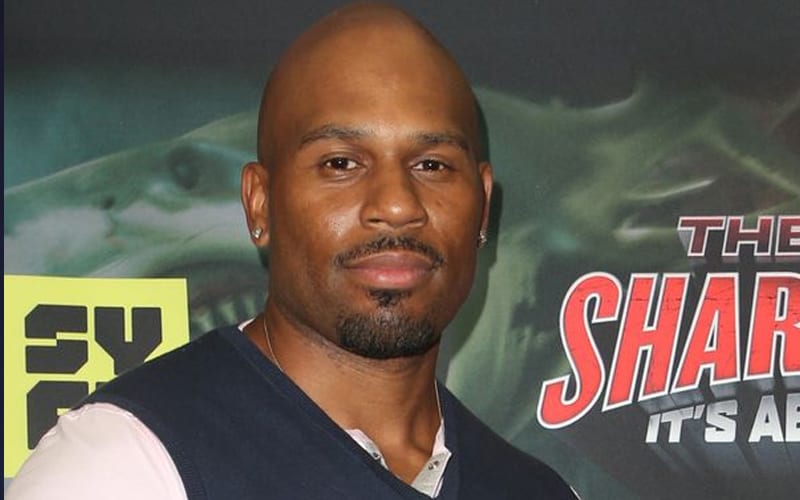 Shad Gaspard passed away on Sunday as a day at the beach ended in tragedy. He died like a hero as he told rescuers to save his son before him. He was 39-years-old.

While speaking to TMZ, Triple H explained that they didn’t have much time to put a Shad Gaspard tribute together prior to NXT this week. He did hint that WWE will likely have something planned for him during SmackDown.

Triple H then went on to discuss his last experience with Shad and how great of a person he was to be around. He will be greatly missed.

“Obviously this was all happening in real-time, Wednesday night we put something at the beginning of the show and I’m sure we’ll be doing something on SmackDown. He was such a great guy. Shad was one of those guys that everybody loved.”

“Stephanie and I saw him maybe six months ago. We were at FOX for a meeting and he was just coming out of the lobby, we were coming into the lobby. We probably stood there for 20 minutes talking. He was just the greatest guy, so nice.”

He continued, “Finding success in all these other things he was doing, Hollywood and everything else. With the circumstances around all of this, and you know, his son, thank God he’s okay. Knowing that he said, ‘Save my son’ and that was the last thing he did, that’s all you need to know about the guy. He was just a great human being and it’s tragic, and my thoughts and prayers, as are everyone’s here, are to his wife and his kid, just the family, it’s tragic. Even when it was happening that day, you’re just holding out hope. I don’t know, maybe he got picked up by a boat… you’re just hanging on to anything, please don’t let this be true, and as illogical as it is, unfortunately it was. Again, it’s just tragic.”

Shad Gaspard had a dream of producing a pro wrestling documentary called Pinfall. Mick Foley made a promise to Shad’s wife that he will help her make that dream become a reality. Footage from a table read for Pinfall leaked last year. You can click here to see that footage.

He might be gone, but Shad Gaspard will never be forgotten.