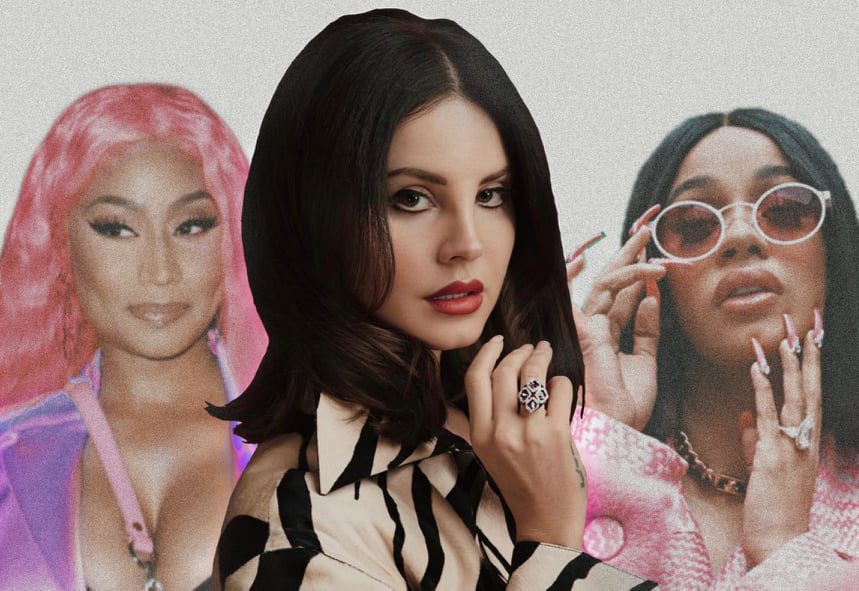 Lana Del Rey took to her Instagram handle yesterday to take a shot at her fellow female singers and critics who’ve accused her of glamourizing abuse.

Del Rey posted a long note in which she called out the likes of Doja Cat, Ariana Grande, Nicki Minaj, Cardi B, Beyoncé, and Camila Cabello. She said that while these women have had their recent tracks topping the music charts by singing about things like nudity, sex, and infidelity, she was shunned and accused of glamourizing abuse for singing about embodiment, love in imperfect relationships, etc.

Del Rey went on to say that she’s frustrated about the criticisms that she receives from other female songwriters and that she’s just a “glamorous person” singing about her reality.

She also stated she is not a feminist but said that there has to be a place in feminism for women like herself.

Del Rey received a lot of criticism for this post from music fans and some even called the post racist for only calling out Women of Color. She then took to the comments section of the very same post and defended herself against accusations of racism.

Bro. This is sad to make it about a WOC issue when I’m talking about my favorite singers. I could’ve literally said anyone but I picked my favorite fucking people. And this is the problem with society today,
not everything is about whatever you want it to be. It’s exactly the point of my post – there are certain women that culture doesn’t want to have a voice it may not have to do with race I don’t know what it has to do with. I don’t care anymore but don’t ever ever ever ever bro- call me racist because that is bullshit

She also clarified what she meant when she said “women who look and act like me”:

And my last and final note on everything –

when I said people who look like me – I meant the people who don’t look strong or necessarily smart, or like they’re in control etc. it’s about advocating for a more delicate personality, not for white woman – thanks for the Karen comments tho. V helpful