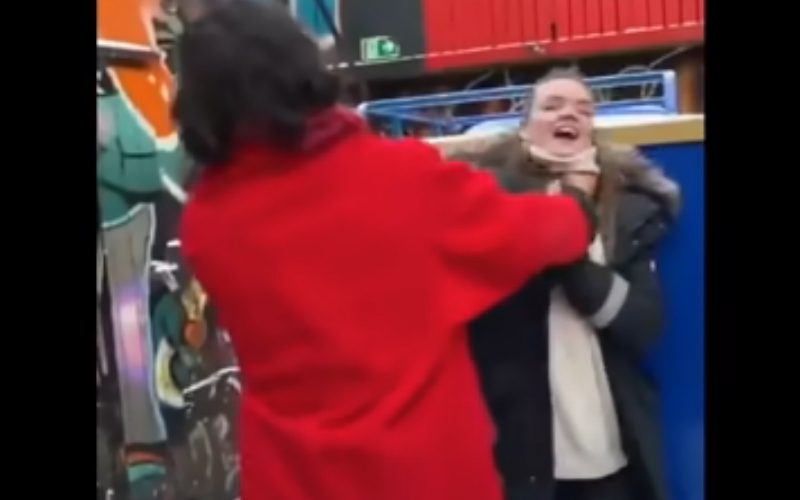 Ezra Miller could be in some hot water after a new video shows him appearing to choke a female fan.

The actor in DC Comics’ film version of The Flash. His role as Barry Alan is coming with some controversy after this new development.

The video shows what appears to be Miller being approached by a female who wants to play fight. The man in the video asked the female if she wanted to fight. This was followed by him grabbing her by the throat and pushing her back against the wall. Then he took her to the ground.

We could hear the cameraman say: “Whoa, bro, bro, bro” before the video cut off.

There’s no telling what happened before or after this video. It is a very short video and the original poster’s account on Twitter seems to have been suspended.

The girl in the video appears to have a smile on her face. This could be all in good fun. It’s still concerning some fans.