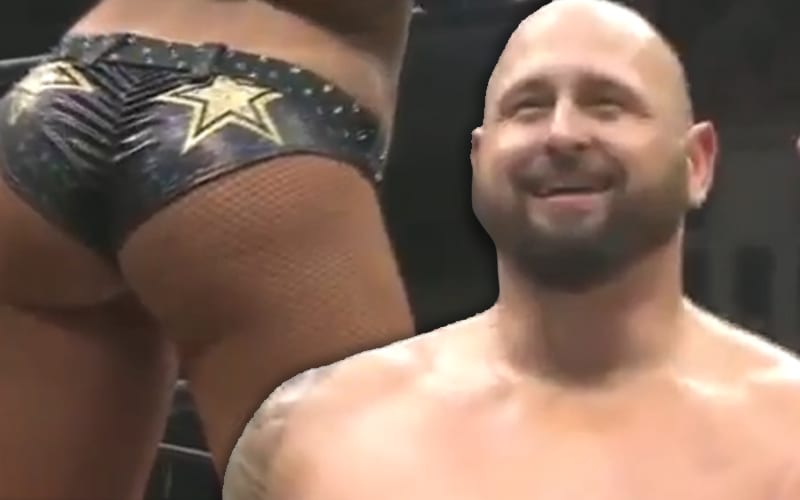 Maria Kanellis has a lot of history with WWE. She also experienced some stories with WWE Superstars outside of the company. For some reason WWE didn’t want to pay homage to her history with Karl Anderson.

“Machine Gun” Karl Anderson was infatuated with Maria Kanellis while they were in New Japan Pro Wrestling. This resulted in an animated gif that is still very popular.

Maria Kanellis re-posted that gif and then responded to a fan who replied. This fan was upset that WWE kept Kanellis and Anderson separate on television. Kanellis’ only response was: “WWE hates money.”

WWE obviously loves money because Vince McMahon will do anything to make it.

You can never say never about Anderson and Maria Kanellis linking back up elsewhere to carry on their angle. It just wasn’t in the cards for WWE.