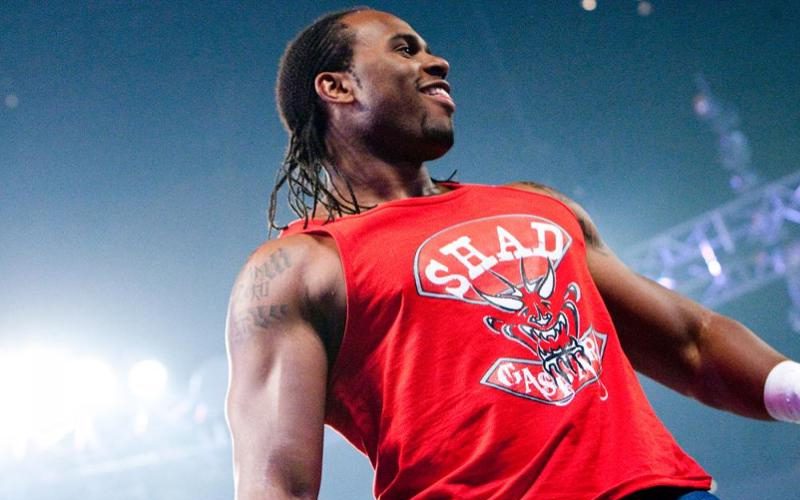 Shad Gaspard is gone, but he will never be forgotten, especially by those who knew him well.

Kofi Kingston and Gaspard spent several nights together. Kingston sent out a touching tribute to his friend as they remembered a very happy night at WaleMania.

Gaspard was extremely excited for Kofi Kingston about winning the WWE Title. A video of Shad watching along with MVP went viral. MVP later re-shared the video as part of his own tribute for Gaspard.

Shad…
I’ve struggled all day to find the words. Partially because a piece of me feels that if I stay in denial and I don’t acknowledge it, then it won’t be true. But alas, we have lost an amazing father, husband, son, loyal friend, and a brother in every sense of the word.
•
Instead of focusing on the “why” and the “how”, I’m choosing to honor Shad by focusing on the way he made me feel, the ways he made me laugh, and the many different ways in which he put a smile on my face.
•
This video and series of photos is from Walemania last year. As I stood there taking in the amazing energy of that crowd, I suddenly found myself rising rapidly into the air. I didn’t even have to look; I knew it was Shad unexpectedly hoisting me up, as he often did, this time onto his shoulders. My level of hype instantly increased tenfold. Shad was so genuinely excited for me. It was almost as if he transferred that energy through me. It was easily the pinnacle of a truly magical night. I won’t ever forget that moment, as it summed up what kind of person Shad was: one who always strived to lift his brother up.
•
I’ll never forget his heart and constant enthusiasm, his honesty, and his sheer authenticity as a human being.
•
Rest in paradise, my brother. Your selflessness will always be remembered. Thoughts, prayers and positive vibes to the Gaspard and Chittick family.

Shad Gaspard had so much ahead of him, but he was taken at 39-years-old. A t-shirt is being sold by Collar and Elbow to celebrate his memory and 100% of the proceeds are going to his family.