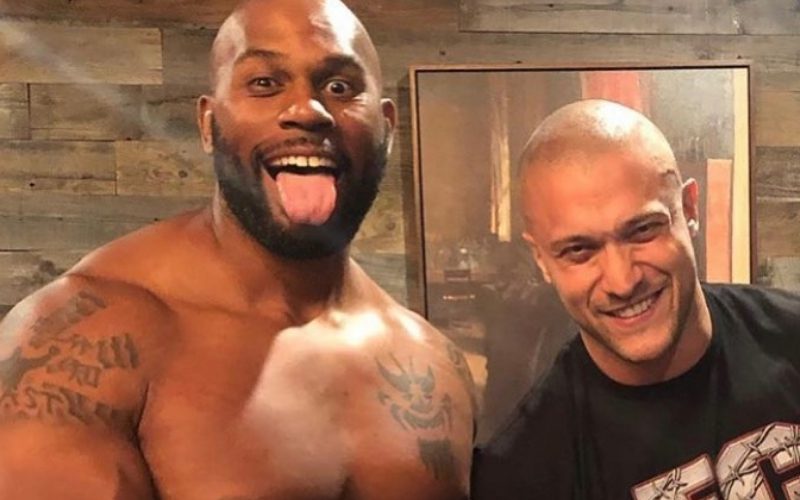 Shad Gaspard passed away far too soon. His friend Karrion Kross sent out an amazing tribute to honor his memory.

Kross had no idea that Gaspard spoke so highly of him until he saw this clip. He included the footage along with a very touching tribute to a hero who lost his life on Sunday.

This was sent to me from the @thewrestlingclassic recently upon hearing the news.
I had no idea he was discussing any of this at the time. I’ve watched this now to an uncountable amount of times.

Shad recalling how we met and things that happened which led to a series recent events.

One of the most important conversations of 3 that I had with making a major life decision- 1 of them happened with him last year.
I didn’t think he’d remember it, but he did.
And it was about family.

Part of the conversation was that there are painful experiences in life that perhaps will never go away.
We have no choice but to learn how to live with them.
We have to find a purpose for these events and redirect them into something that works for us and not against us.
Provide a personal meaning to what happens to us so it doesn’t take on an identity of its own.

I never thought I’d be reciting the context under these circumstances.
The irony of it is saddening to me and has made me very angry over the last few days- but I also can’t help but think that it was a conversation that provided a life perspective for me that made me a stronger person.
And that it’s something I can pass on to others in times of grief and confusion.

Even when he’s not here, he’s still helping people.
We should all aspire to being this type of person for people in our lives.

T-shirts are now being sold for Shad Gaspard’s family and a Go Fund Me page is on the way as well.

Shad Gaspard is gone, but he will never be forgotten. Karrion Kross certainly won’t forget the support that Kross sent his way, even if he didn’t know about it at the time.