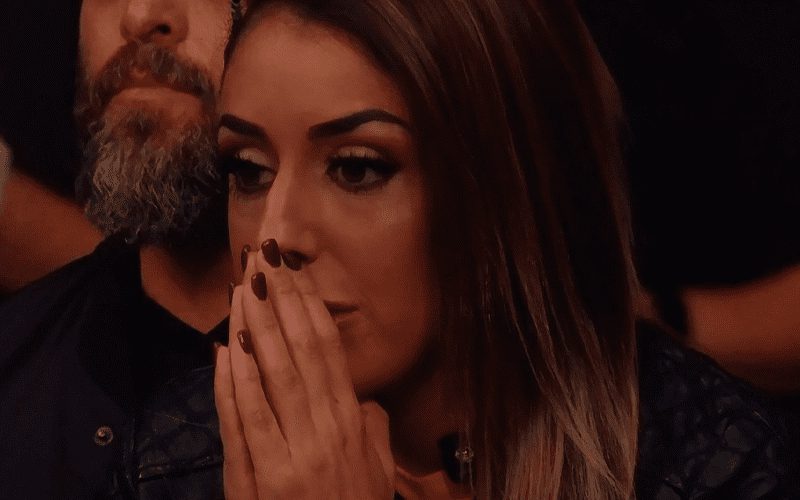 Britt Baker was getting a big push in AEW, but last night was not a good time for her.

Britt Baker took a spot where Nyla Rose was powerbombed onto her. The Native Beast landed on Baker’s knee and AEW’s resident dentist was hurt.

Bryan Alvarez noted during Wrestling Observer Live that “the belief last night was that it was a torn ACL.” She is still waiting for an MRI.

If it is a torn ACL then that could keep her out of action for nine months or longer. It also might cause issues for her real occupation as a dentist since they have to stand on their feet so much.

We will have to wait until official word comes out. Britt Baker might not make her scheduled Double Or Nothing match against Kris Statlander.