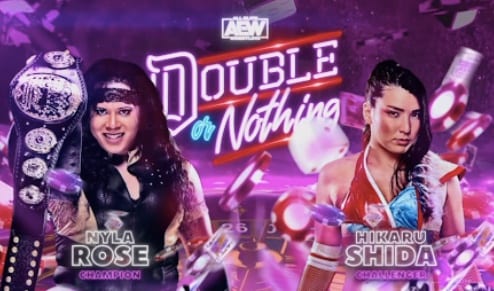 As seen on Sky Bet, the betting odds for the AEW Women’s Championship match at AEW Double or Nothing have been released.

While the division hasn’t really been able to get going in the manner that many had hoped, it does feel like they’re starting to trend in the right direction with the women on the roster.

At DoN, Nyla Rose will be defending the strap against an incredibly capable challenger in Hikaru Shida.

In terms of the odds, Rose is currently priced as the 1/2 favorite whereas Shida is the 6/4 underdog.

It makes sense for Shida to rise up as a viable David against Goliath, but right now doesn’t really seem to be the time for her to snatch the title away from the dominant Rose.

Somewhere down the line that’s a story they can tell, but for now, Rose should be given the freedom to continue this impressive reign.