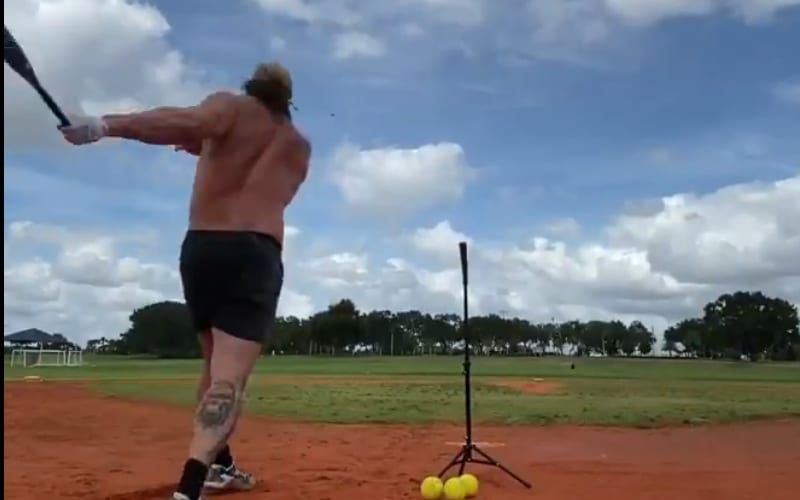 Braun Strowman’s father played softball back in the day. He wasn’t a pro wrestler like his son, but The Monster Among Men can still follow in his father’s footsteps, or cleats.

The WWE Universal Champion recently hit the softball field to knock some bombs out of the park. He praised the new slow pitch softball bat by Worth for helping him club so many balls into the outfield.

Strowman had a lot of power behind those swings. You can also tell that he was having a great time getting some fresh air.

You can check out the video below. At this time it appears that Strowman could be in line to face Bobby Lashley with the Universal Championship on the line at Backlash. They better hope Strowman doesn’t bring his softball bat to the ring with him, but he won’t need it to make sure opponents get his hands.