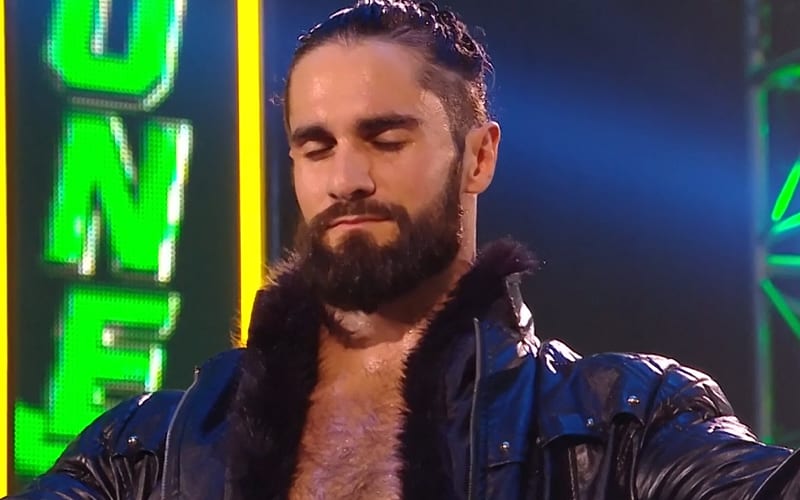 WWE is always changing and that means sometimes a Superstar isn’t meant long for a certain spot on the card. They needed to bring up Austin Theory to the main roster. It appears his time is done for now.

Zelina Vega needed Austin Theory when Andrade was injured. WWE was in a pinch and was at the WWE Performance Center. Austin Theory filled the role for a while, but this week on Raw they ended that union.

Following a loss to a returning Kevin Owens and Apollo Crews, Andrade and Angel Garza beat Austin Theory down. Zelina Vega screamed at Theory and told him that he’s worthless. It looks like he was officially kicked out of the group.

Mike Johnson previously reported that Austin Theory wasn’t meant to be with Vega for long. Something very interesting happened after he was kicked out of the group.

During Aleister Black vs Murphy, Seth Rollins approached Theory as he was sitting by the barricade recovering from the attack. He offered Theory his hand and he helped Murphy attack Aleister Black. Rollins hugged Theory afterward appearing to accept him into his stable.

Theory’s profile on the official WWE website was never changed from the black and gold brand.