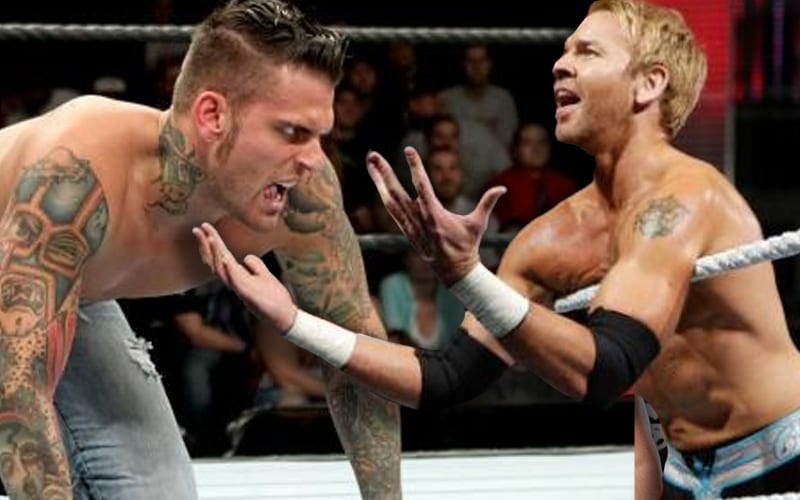 Pro wrestling is full of matches that were planned, but never happened. WrestleMania weekend was full of indie dream matches that were all nixed. Corey Graves and Christian were set to square off in the UK for an angle years ago, but they couldn’t make it come together.

On After The Bell, Corey Graves had Christian on the show. He brought up a cancelled angle that was planned for the two of them. Christian was the NWA World Champion at the time, but they couldn’t make it come together.

“As you were telling that story and you were talking about AJ Styles, it reminded me of the match that never was between you and I. We shot an angle in England. You were the NWA Champion at the time, and we shot an angle on the first night of a two-night set. Apparently, nobody ever bothered to consider that you had to fly back to Toronto to shoot a movie.”

“So we booked this angle with me against you, and it just never happened. Now it never will.”

Christian remembered this event and responded that you should always leave the crowd wanting more. To not give them anything at all is a very good way to accomplish that.

“Leave them wanting more. You know what we can do? We can do that scene in Rocky, where we just end up in an empty gym somewhere. We go to lock up, and ding, it’s over.”

Christian vs Corey Graves won’t happen now, nor will an angle. Graves has recently stepped back in the ring at least to run the ropes. He also hinted that he might want to seek medical clearance. Christian made it very clear that his days as a WWE Superstar are over.

We’ll never know how Graves vs Christian or an angle would have gone. What kind of angle did they have planned? Who would have won in a match? Sound off in the comments below!