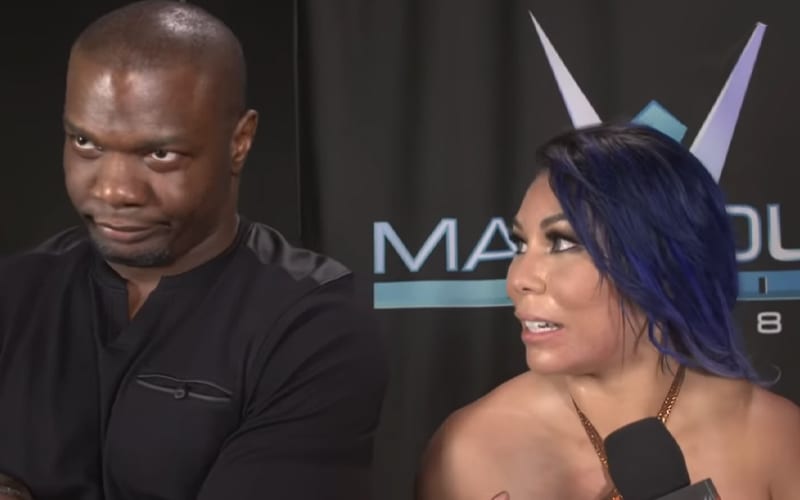 Shelton Benjamin and Mia Yim have a big brother/little sister relationship. They are often throwing barbs at each other and it seems like Yim might have played another joke on Benjamin.

The Gold Standard tweeted out to inform fans that his Twitter account was apparently frozen. He blamed Mia Yim for reporting him over having an old Sarah McLachlan song on his account.

Woke up to my Twitter account being frozen m. apparently @miayim is still pissed over a 4 year old tweet (that was hilarious) featuring the one @SarahMcLachlan song everyone knows. Petty, really petty Mia

Mia Yim didn’t cop to turning Benjamin in. She did wonder how he is out of Twitter jail already. We’re not going to even guess which Sarah McLachlan song Shelton Benjamin was using, but her music has been known to take down Twitter accounts in the past.

They have fun together.