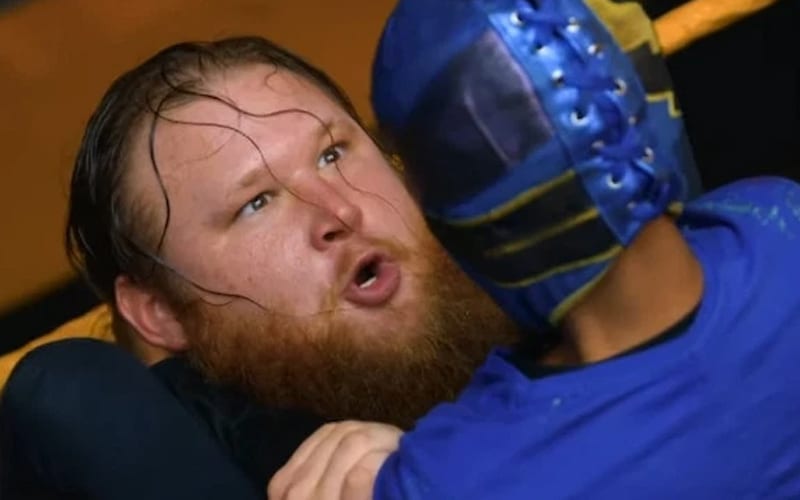 WWE is pushing Otis in a big way. Ringside News exclusively reported that Vince McMahon is the driving force behind this rise for Otis as he he now separated from his Heavy Machinery partner Tucker.

Otis recently spoke to Lilian Garcia on Chasing Glory. He dug up some old painful memories about his childhood. He was bullied then, but those bullies are staying away from him now.

The current Mr. Money In The Bank has a role in the Netflix movie The Main Event. He discussed a happier time on set followed by another bummer as a “snot rocket” scene hit the cutting room floor.

“I am very sad one scene got cut. It’s when I go to register my name. Before that was supposed to happen, I walk up and blow a snot rocket when she says, ‘Who are you?’ I was having a runny nose and I went to the director and went, ‘You want something nasty? What if I blow a rocket right on the table?’ He goes, ‘Can you do it three times?’ ‘Let’s do it.’ Maybe it’s in deleted scenes. I went to the girl and said, ‘Are you cool with this?’ She asked, ‘Are you going to get it on me?’ ‘It might. I’m sorry, but if it does I’ll buy you dinner.'”

Otis will likely have plenty of opportunities to entertain fans on camera. If he is going to remain a babyface then Otis might need to keep the snot rockets away from the ring because that’s a pretty gross and heelish thing to do. We’ll keep an eye on Netflix to see if they release any deleted footage of Otis showing off his mucus skills.