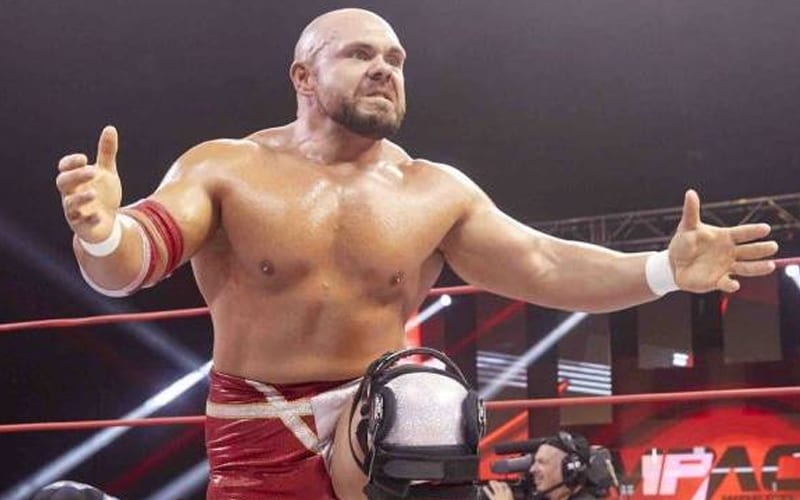 Pro wrestling is going through a rather turbulent time along with the rest of the world. The pro wrestling business evolved to a point before that where fans were an even larger part of the business to the point where they had a lot of influence. This was an issue for Michael Elgin.

The Impact Wrestling star tweeted out saying that he “legit” doesn’t like wrestling anymore. He proceeded to explain how the business has turned into a “mockery.”

I legit don’t like wrestling anymore. Everyone is so soft. Everyone let’s outsiders or “fans” dictate how we should be. I’m just staying off here, so called wrestlers have turned to nothing but a mockery of how people and wrestling should be. I don’t like hating my profession.

One fan replied to Elgin’s comments by saying: “Or… hear me out here. Like any form of anything pretty much there are multiple facets to it. Nothing has to be one way just because some big serious dudes decided it one day. And really you can watch what you like and so can they? I legit wish everyone would chill the f*ck out.”

Michael Elgin clarified his statement by saying that the change is really about passion and the mentality people hold for the pro wrestling business. The issue is that people simply don’t give it their all.

The change that’s needed has really went over people’s heads.
It’s a mentality, and a passion that is much different. Not everyone, as so many wrestlers give this their all.

Michael Elgin made it clear that there isn’t one specific way to wrestle. He loves variety. He also tweeted out how proud he is of all his students. The intention of his first tweet was to draw attention, but in today’s pro wrestling world the word “legit” means that it is to be taken seriously.

“I don’t think there’s 1 way to wrestle at all. I love a variety of wrestling. Not everyone should be 1 way that would be incredibly boring. And the original tweet was meant to be geared towards what I’ve been doing on Impact.”

“Like I said. No worries what so ever. Sadly a lot of people misunderstood that since Rebellion I’ve been doing these things on twitter to garner more attention to myself and the show. I guess when a wrestler says “legit” it no longer wrestling, but real life.”

Elgin later replied to someone who said that “today’s wrestling fans are a bunch of p*ssies.” They had about the same opinion about the wrestlers too. Elgin said that wrestlers have drawn the curtain back too far. Now the fans know too much about the inside aspects of the business, but he does still appreciate fans. Without fans there would be no business.

I feel we as wrestlers over the last few years have drawn back the curtain too far. Which makes it difficult to distinguish the difference of an in character tweet, and a real persons thought. Without fans, we wouldn’t have a profession. So I do appreciate fans.

Michael Elgin tried to draw some attention to himself and Impact Wrestling. It worked, but he also stirred up a real conversation in the Internet Wrestling Community.

It might not have been his intention to rile people up, but at least they are talking about pro wrestling thanks to Michael Elgin’s tweets.