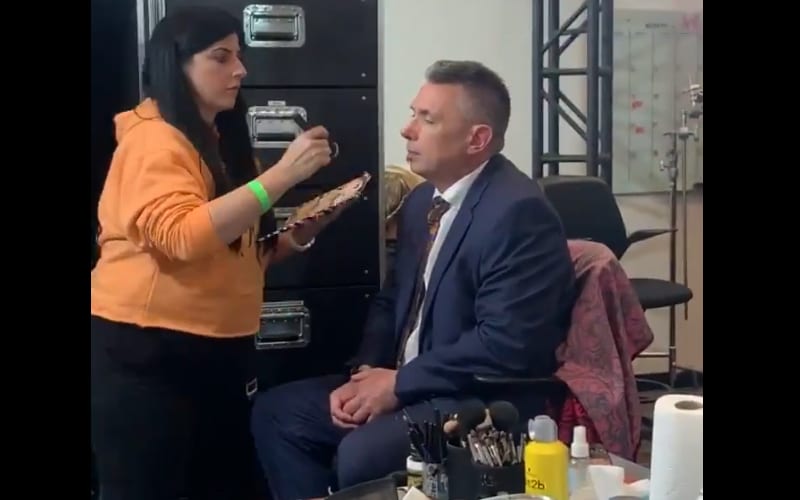 WWE is running full speed ahead, even in the smaller Performance Center setting. They’ve been able to make it work and there’s a full operation going behind the scenes. Bayley might not appreciate seeing so much of Michael Cole.

Click here to check out behind the scenes footage from Raw thanks to Zelina Vega.

The SmackDown Women’s Champion sent out a video tweet on Friday afternoon. She was eyeing Michael Cole and giving him some grief for taking her spot in the makeup chair.

Staff didn’t appear to have any protective masks around in this video. They were fully protected in the video Zelina Vega posted behind the scenes on Raw.