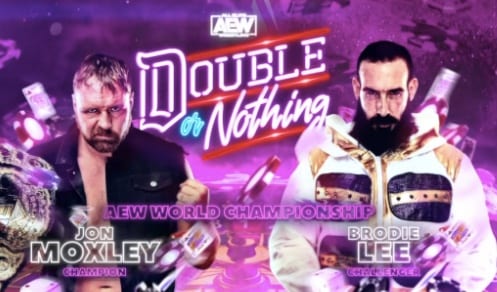 As seen on Sky Bet, the betting odds for Jon Moxley vs Brodie Lee at AEW Double or Nothing have been released.

When Moxley made his AEW debut at Double or Nothing one year ago, it certainly felt as if he was going to quickly establish himself as one of their biggest stars.

Fast forward to the present day and that has come to fruition, with Moxley being set to defend his AEW World Championship at this year’s edition of the event.

In terms of the odds, Moxley is still the strong favorite to leave as champion with odds of 1/4. Lee, on the other hand, isn’t expected to make all too much noise in this match with odds of 11/4.

Brodie hasn’t really been able to catch fire as many would’ve hoped since arriving in AEW, but as the weeks go on, it does feel as if he’s slowly but surely starting to build some momentum.