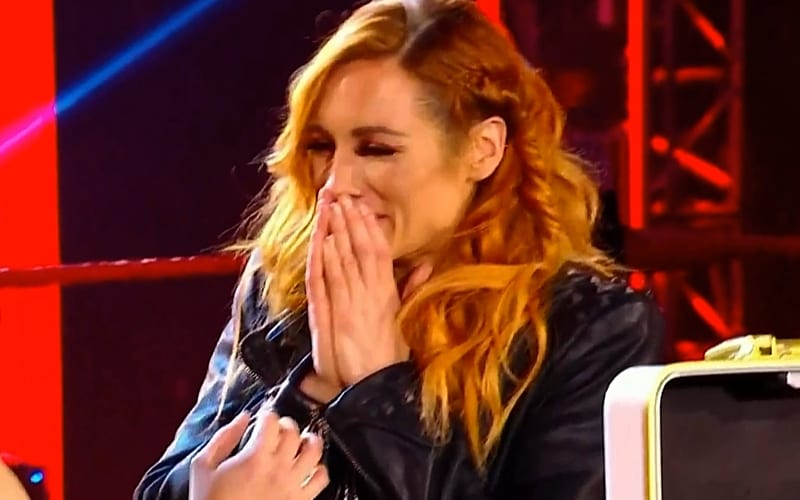 Becky Lynch had a big announcement to make this week. She is going away for a while, but The Man is excited about starting her new journey as The Mom.

This was a secret that the company didn’t want to get out. They were promoting Becky Lynch’s appearance as if she was confronting Asuka even after the news broke that Lynch had a career changing announcement. Then the company finally announced that she had something to reveal.

Ringside News has learned the SmackDown crew weren’t informed about Becky Lynch’s big announcement until they showed up to the tapings later that day. As previously noted, this was kept on a need to know basis until she made the announcement.

Lynch’s announcement was recorded prior to taping that day. We previously reported that Asuka was legitimately surprised by the announcement as well. Asuka had no idea that she was really winning the Raw Women’s Title at Money In The Bank.