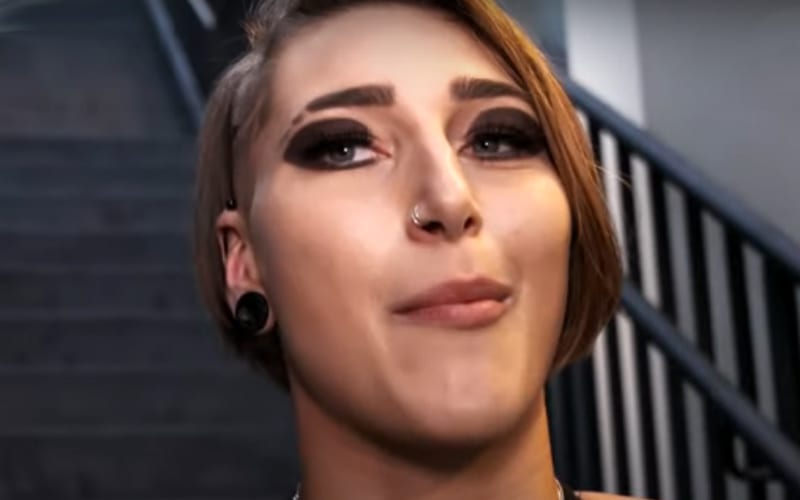 Rhea Ripley returned to WWE NXT after spending weeks at home following WrestleMania 36. There were no fans live in Full Sail Arena to give her a big pop upon her television return, but it’s still great to be back if you ask the former NXT Women’s Champion.

The WWE Performance Center’s YouTube channel was able to catch up with Rhea Ripley and get some of her thoughts after making her big return to the black and gold brand. She’s obviously happy to be back because she hasn’t done anything since WrestleMania.

“Man, since WrestleMania I have done nothing, zilch, nada, nothing.”

Her return to WWE NXT placed her right back on the top of the NXT Women’s Division. Rhea Ripley was given a lot of time to think about things and one thing she really wants is that NXT Women’s Title.

“I’ve had a lot of things going through my mind. One of them, the main one being how do I get my damn title back because I worked hard to be NXT Women’s Champion. I was no one before I came here. Absolutely no one. I knew no one when I first came here at the first Mae Young Classic, no one. The second Mae Young Classic, I sorta made a name for myself.”

Rhea Ripley won the NXT UK Women’s Title and she said that fans started to really turn around. By the time she arrived in NXT it was very clear who she is and what she is capable of.

She stated that Io Shirai is “ungrateful” and “once I’m done with you I’m gonna go back to Charlotte Flair.”

Ripley can’t wait to get back to action. She wants the NXT Women’s Title back as well and made that message very clear. Charlotte Flair isn’t going to drop that title without a fight, but that might be exactly what Rhea Ripley wants after all that time sitting at home.