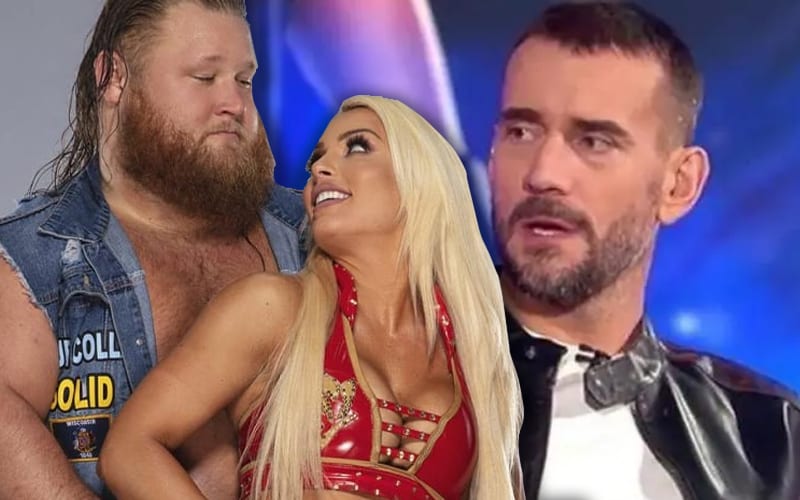 Mandy Rose and Otis’ relationship hit a new level at WrestleMania. Otis’ Money In The Bank win certainly made Mandy Rose happy as well. If you ask CM Punk, Otis needs to cut her loose because he has more important things to worry about as Mr. Money In The Bank.

We previously reported that Otis confirmed that Heavy Machinery is on a hiatus. This was something that CM Punk brought up while addressing Otis.

During WWE Backstage, Renee Young asked CM Punk if he had any advice for Otis. As a former Money In The Bank winner, CM Punk had some rather controversial words of wisdom. First off, Otis should never trust anybody and then he should ditch Tucker and Mandy Rose.

When Renee Young questioned CM Punk on if he’s seen Mandy Rose he replied: “A dime a dozen, come on.” Otis didn’t seem to appreciate that kind of talk about his peach.

CM Punk said that Otis is “Mr. Money In The Bank now, he can get a dozen Mandys.” This made Otis laugh so he apparently got the joke.