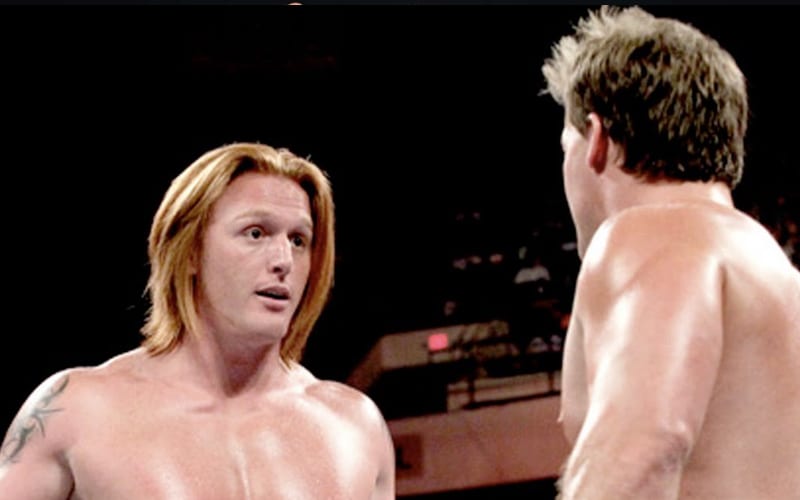 Chris Jericho deserves a lot of respect, but even Le Champion can lose. Heath Slater picked up a very unexpected win against Y2J 10 years ago in NXT. People are still talking about it to this day, but Jericho wasn’t happy about it at the time.

While speaking with Lewis Nicholls, Heath Slater remembered that famous match. Fans recall the big upset and Y2J’s reaction. The One Man Band revealed that at the time Chris Jericho fought the decision to take a loss. He didn’t want to let a rookie beat him, but Pat Patterson had a great response to Jericho’s complaint.

“I do know that Chris [Jericho] didn’t like it that I was beating him and he had to go to Pat Patterson and he was complaining to Pat like ‘Why in the world is this rookie gonna beat me?! I can’t believe this! Blah blah blah blah!’ Then Pat Patterson looks at him and says: ‘Ahh he’s a rookie! No one will remember it next week!’ I’m like that might be true, but then 10 years later people still talk about that match too, so yeah. It was one of those things that yes, it was awesome for me. I know Chris didn’t like it. I’m still 2 and 1 with him, so I’m one up on him.”

Ironically pro wrestling fans are still talking about Chris Jericho taking an L to Heath Slater. It was a big win for Slater, but you can never say never about Jericho avenging that loss if Heath ever steps foot in AEW.

We’ve tracked the match down which you can check out below along with a snippet of Heath’s interview.