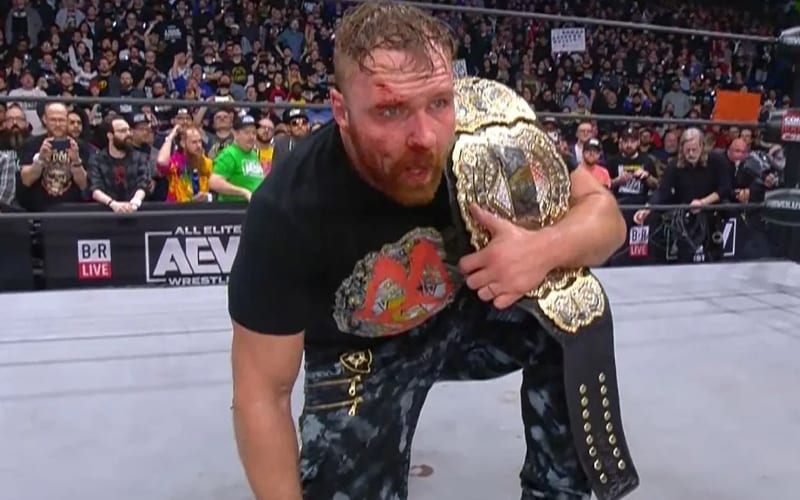 Jon Moxley won the AEW World Title and two weeks later the United States was starting to lock down due to COVID-19. This was not an idea time to become World Champion when the world is going through so many trials.

While speaking to Fightful, Moxley opened up a bit about becoming AEW World Champion right before a pandemic swept the USA. Mox stated that “it’s not idea,” but they are carrying on which is his task. He’s not complaining about his situation and will continue keeping up the fight as champion.

“It’s not ideal. I won the World title on a Saturday, that Wednesday, a few days later, was my last time in front of an audience. So, that’s not ideal timing to say the least. It’s not for everybody. Yeah. Because it’s a dark time in the world. So, it’s a little weird. But, I have a task of carrying the torch through a really, really dark time. I’m not gonna complain about it.”

Jon Moxley’s next opponent is Brodie Lee. The two battled in WWE and CZW before that. It’s unknown if AEW Double Or Nothing will have any live fans on May 23rd. They are in the right state of Florida that will allow them to have 25% capacity filled when the time comes to safely bring back fans.