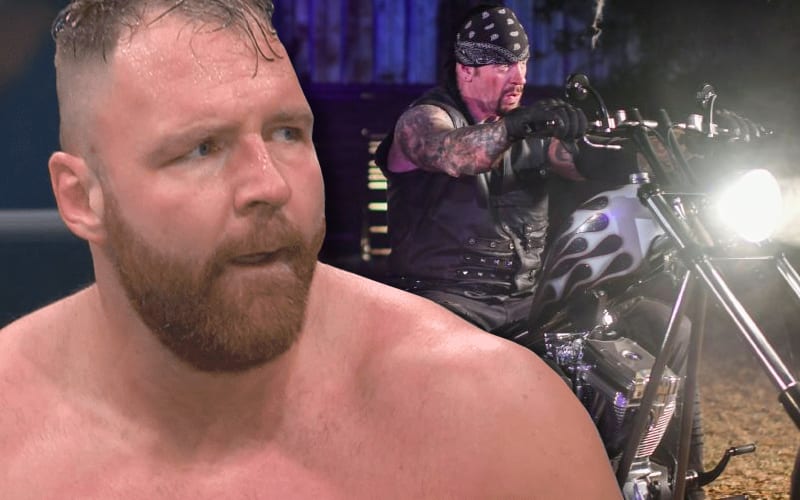 Jon Moxley left WWE after WrestleMania 35, but he was still paying attention as the company produced the 36th annual show of shows.

While speaking to Fightful, Jon Moxley openly admitted to watching all of WrestleMania 36. He said it flowed “nicely” and he could tell his former co-workers worked their asses off.

The former Dean Ambrose was particularly fond of the Boneyard Match as it presented The Undertaker as an action star.

“I watched the whole thing, Both nights. I enjoyed it. I thought it flowed nicely and a lot of people really worked their ass off and put on great performances. I enjoyed the Boneyard Match, I thought that was cool. I thought that was really cool, too, because the Undertaker is a really beloved character. He’s like a comic book character. He’s a beloved character from our childhood. Same as John Wayne or John McClane or any action movie star you can think of, so it was really cool. I think everybody really enjoyed that.”

AJ Styles might have been the one who called Jeremy Borash and the NXT crew to help bring the Boneyard Match together. Triple H had a different telling of the story. The important part is that the match was widely praised.

The Boneyard Match was a very unique experience. We will have to see if WWE produces another cinematic match like it. The idea certainly served its purpose at WrestleMania 36. At least Jon Moxley enjoyed it.

Who do you want to see in the next Boneyard Match? Sound off in the comments below!