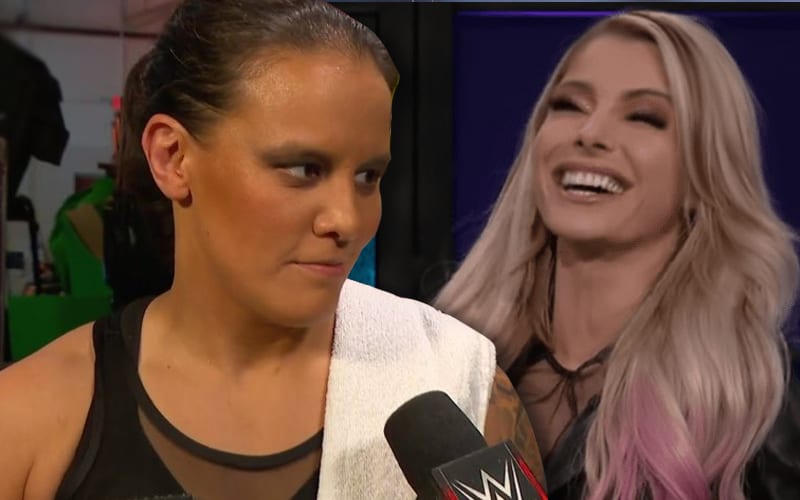 WWE’s version of the Four Horsewomen include Becky Lynch, Bayley, Sasha Banks, and Charlotte Flair. Those four women have obviously received a lot of the spotlight and Alexa Bliss has noticed.

One fan tweeted out to Bliss asking why she wasn’t included in the top 10 Money In The Bank moments special. Alexa Bliss had one response: “Good question.”

Another fan agreed that Alexa Bliss should have been included in the Money In The Bank special. They pointed out that Bliss cashed in her MITB contract on the same night as Bayley, but Bliss didn’t make the list.

Alexa Bliss had a very short reason why she might not have been included on the list, “But I’m not a 4HW.” Apparently being a member of WWE’s Four Horsewomen will help a Superstar’s placement on WWE’s top 10 lists.

Shayna Baszler is a part of the OG Four Horsewomen from the MMA. Her Horsewomen include Ronda Rousey, Jessamyn Duke, and Marina Shafir. The Queen Of Spades tweeted out in response to Bliss saying that none of WWE’s Four Horsewomen are the real deal.

We’ll have to see what happens next in this situation, but there’s a lot of history behind asking who are the real Four Horsewomen.