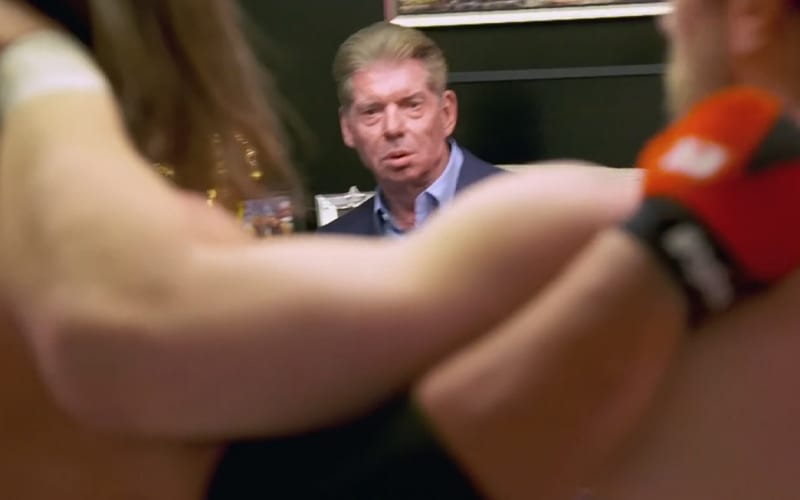 WWE’s Money In The Bank event included many notable spots during their unique presentation of the annual ladder matches. Vince McMahon even made a cameo in his actual office, but they didn’t perform any spots in there.

Daniel Bryan and AJ Styles were brawling through WWE Headquarters and spilled into an office. They landed a few shots on each other, but then stopped when realizing they were in Mr. McMahon’s presence. He promptly kicked them out.

I was told that a writer suggested having wrestlers fight in Vince’s office but Vince was not on board with having his office trashed because he doesn’t want anyone near the dinosaur bones on his wall.

Money In The Bank included a lot of action, but Vince McMahon’s office was off the table. At least Mr. McMahon let a camera in so fans could see a space that few have seen before.

What are your favorite part of Money In The Bank this year? Sound off in the comments below!