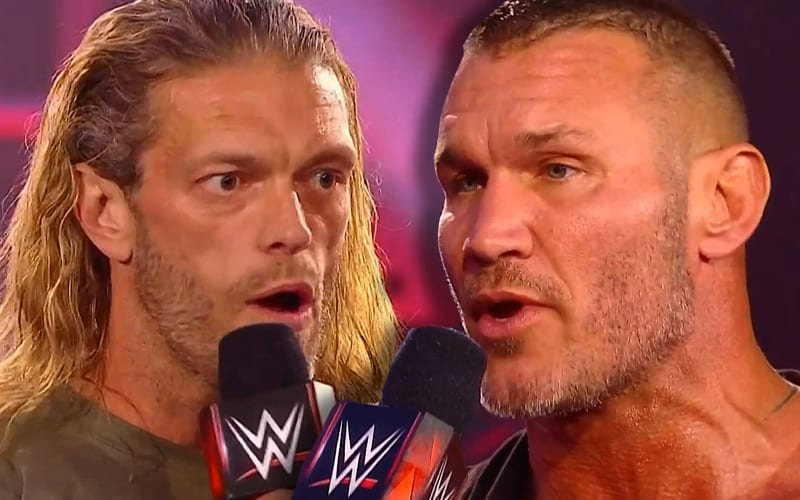 Edge closed out WWE Raw this week, but he wanted to make things very clear. He wasn’t out to hunt Randy Orton as the promos for the episode stated. Then an old friend came out to address him.

Randy Orton came out and cut a fiery promo on Edge this week to close out WWE Raw. He then challenged Edge to a straight-up wrestling match at Backlash on June 14th. Charly Caruso asked Edge if he had a response, but he didn’t say anything at all.

Then Caruso stated that “if this does happen it may just be the greatest wrestling match ever.” Neither of them replied to that statement as they stood silent until the show cut off.

Do you think Edge vs Randy Orton at Backlash will be the greatest wrestling match ever? Sound off in the comments below!