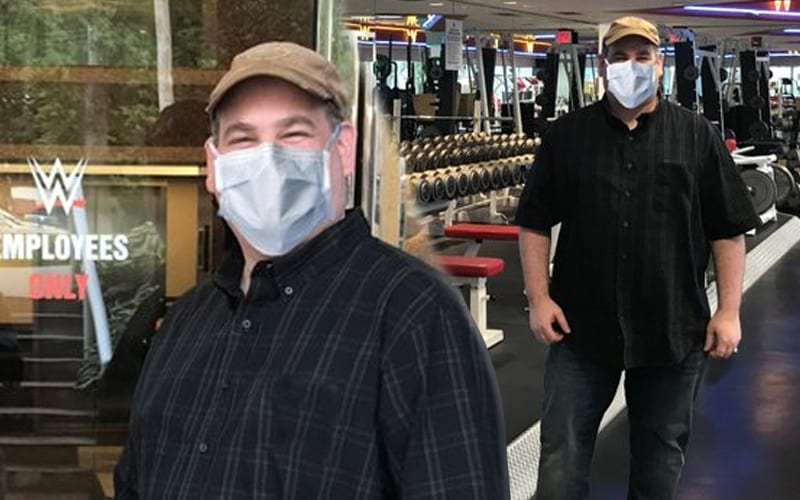 WWE hasn’t featured any live fans in the build toward Money In The Bank. The big ladder matches were pre-recorded at the WWE Headquarters in Stamford. It turns out that one fan might have been allowed in.

Superfan Smilez, who is also known as the Green Shirt Guy posted some very interesting photos. He was sporting a mask and inside the WWE Headquarters. This post was accompanied by a question asking who fans think is going to win the big ladder matches this year.

WWE Money in the Bank is tonight! Are you ready for the #MITB ladder matches at @WWE Corporate HQ? Who do you think will win?

Superfan Smilez got some real attention for these photos. It appears that he was allowed somewhere that no other fan was permitted.

WWE released a new batch of Money In The Bank t-shirts. A couple of them were parodies of The Office. One shirt said “I Wish I Was There” on the back. It is possible that Green Shirt Guy might have actually been there.

What do you think about this? Sound off in the comments below!