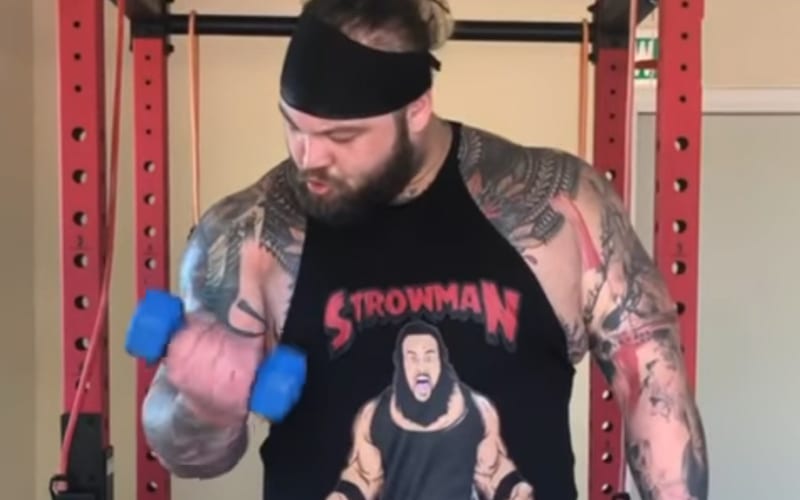 Bray Wyatt will battle Braun Strowman at Money In The Bank. The Universal Title is on the line, and he’s taking his training very seriously.

Wyatt was supposed to appear on WWE The Bump today, but Ramblin Rabbit showed up instead. Just as Ramblin Rabbit was about to go into his tragic life story, Bray Wyatt interrupted the feed.

Bray Wyatt called himself “Muscle Man” and had a workout routine to prove it. The Braun Strowman tank top that Wyatt wore in the video was a very nice touch.

WWE cut this segment from The Bump out and released it as a standalone video. It is a pretty funny addition to the Firefly Fun House series. Let’s just consider this a “bonus episode.” It might have been on The Bump, but we’ll consider it canon.

Strowman and Wyatt’s match will be live on the WWE Network. Unlike the Money In The Bank ladder matches which were taped weeks ago and cut together.