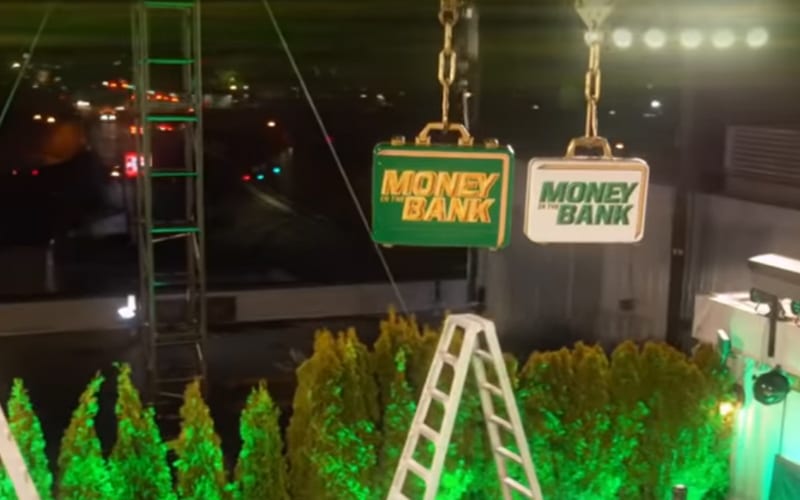 Vince McMahon adds to his own legend on a regular basis. A recent story about McMahon taking a fall off a tower hit the internet recently, but when did it really happen?

Becky Lynch stated in an interview with TV Insider that she saw Vince McMahon take a leap off of a tower. This was done to demonstrate how to take a fall from a great height. This made people assume that Money In The Bank will include a huge dangerous spot that Vince McMahon had to do first.

Fightful reports that Vince McMahon actually took this giant leap at the WWE Performance Center. It was stated that McMahon did it because Rob Gronkowski was nervous about taking the fall during his WWE 24/7 Title segment.

One person in the building said those there caught it and had a reaction of “did that just happen?,” and that Vince McMahon said something to the nature of “not so bad, is it?” You may remember that Vince McMahon also did Shawn Michaels’ zipline entrance at the WrestleMania 12 rehearsals….though that was way back 24 years ago.

The Money In The Bank match might include a sick spot with a big fall. Vince McMahon didn’t need to demonstrate it.

Rob Gronkowski took that jump from the WWE Performance Center balcony and landed on several wrestlers. Then he won the WWE 24/7 Title. He still has the title and will apparently be taking it to Tampa Bay with him when he starts with the Buccaneers.